How the NBA Influenced Video Games 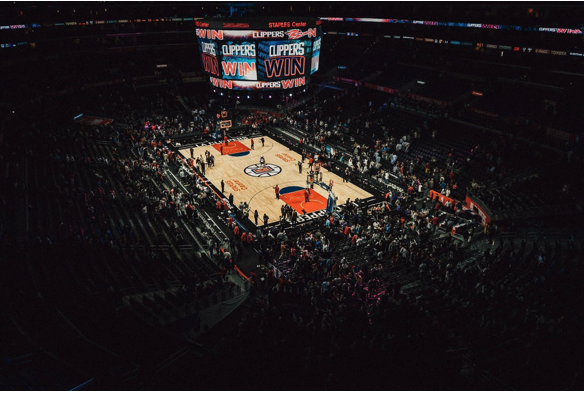 The NBA is one of the most iconic and widely recognized sports leagues in the world, with many teams and players that have transcended the sport and become part of global pop culture.

Basketball is one of the world’s most popular sports, and the NBA is at the zenith of the game. Since its inception in 1946, each generation has generated legendary players and endless drama. We’ve seen long periods of dominance from teams such as the Boston Celtics, Chicago Bulls, and LA Lakers who have become major franchises. And the NBA and basketball have in turn influenced popular culture, generating blockbuster movies, award-winning music, and, as we’ll see in this article, video games. Let’s dive in.

Why is the NBA so popular?

Basketball is popular all over the world, so it’s no surprise that the world’s elite league is on the same path. The quality of play in the NBA is thrilling to watch, and the league is full of famous, legendary teams, with fierce rivalries – some almost as old as the NBA itself.

And as teams wax and wane over the years, the dominant side in the NBA keeps shifting, making the action gripping and the stakes high. Basketball is a really accessible sport, and can be played anywhere with a hoop. It involves skill but also teamwork, and its fast pace makes it fun and exciting to play with friends as well as watch.

In the 2021 NBA Finals, Milwaukee Bucks defeated a resurgent Phoenix Suns – the second championship win for the Bucks coming exactly 50 years after their first in 1971. They have had a poor start to the 2021-22 season so far though, losing five of their past six games. It’s early days, but topping the power rankings at the moment are the Philadelphia 76ers, Golden State Warriors, and Miami Heat.

Among the most successful teams in the league’s history are the Boston Celtics with 17 championship titles, although the only one in the 21st Century came back in 2008.

The Chicago Bulls led by Michael Jordan – and featured in the Netflix series “The Last Dance” – are probably the most iconic side in modern NBA history, with six championships between 1991 and 1998.

Over in California, the LA Lakers are another team that has transcended the sport and become a global franchise. Producing such players as Magic Johnson, Kareem Abdul-Jabbar, LeBron James, and the late, great Kobe Bryant, they have had periods of dominance in the NBA, although they have made a poor start to the 2021-22 season.

And overlooked by some, the San Antonio Spurs have the highest win-loss record percentage, with 2,227–1,394 (.615), at one point the best percentage of any sports franchise in the United States.

As we mentioned earlier, over the years, the NBA’s popularity grew so big that it started inspiring movie pieces, video games, and more. Let’s take a look at some of the best- known video games that the NBA is officially involved with, as well as many that are simply inspired by the major sports league.

This game, first released in 1986, wasn’t the first basketball video game by any means. There had been basic games on the Atari from the late 1970s, and the NBA first put their logo on a game in 1980. But Double Dribble, produced by Konami for the arcades, and later for the NES, was the first to somehow capture the flow and feel of basketball, even at a time when sports games were generally clunky and slow-moving.

Online casino games have spread in popularity and transcended their traditional audience demographic. And game developers have been making themed games to appeal to more and more players. So it’s no surprise that basketball-themed games found their place in many casinos, such as Basketball online slot machines you can find at Super Seven.

The fifth highest-earning arcade game of all time, and successfully launched across all contemporary console platforms in 1993, NBA Jam is a fast-paced combination of semi-lawless 2-on-2 basketball (plenty of pushing and fouling) and completely outrageous superhuman trick shots. With players and nets catching fire, glass breaking, and the commentators screaming “boomshakalaka!” it is probably basketball’s most fun video game incarnation.

Having seen off the competition from EA Sports NBA Live, NBA 2K is now the premier basketball simulation game available across all platforms. With slick graphics, engaging career mode, and customizable players, 2K has also been used in eSports and is a highly popular online game.

Building on the immense success of its predecessor, NBA Street Vol.2 is the perfect game – intense 3-on-3 street basketball, slick gameplay, tight controls, and player movement, and is still a firm favorite with gamers even 18 years after its release. It also features a kick-ass soundtrack, with a selection of classic early 00s hip hop. As well as building their own teams players can also unlock NBA legends including Larry Bird, Julius Erving, and others.