There were high expectations that the 2019/20 season, could be one of success for the San Antonio Spurs. They had finished in seventh the previous year and also finished the season strong with three victories in succession. This led to support in the betting markets for them to potentially push for a title challenge in the Western Conference, with those using offers at bet-iowa.com. These listed the leading sportsbooks for the NBA season, whilst as listing the offers and bonuses to be picked up. However, this proved to be money misplaced, as Spurs struggled for form and ultimately had a disappointing season. They eventually finished down in 11th of the 15 sides in the regular season, which was the worst season for some time.

Spurs eventually finished with 32 wins and 39 losses, with the Lakers finished top and of course also going on to win the championships. It also meant a 17th NBA title for them and a fourth for LeBron James, who was the MVP for the side. It was a different story for the San Antonio Spurs, who clearly underperformed on expectations and will not be looking to greatly improve ahead of the 2020/21 campaign. Spurs finished with a home record of 19 wins to 15 losses and an away record of 13 wins to 24 losses. This showed that the away form proved to be the key difference and why they finished down in 11th position. Spurs also finished the season having picked up six victories from ten matches, so this is a clear positive to take and they will be hoping to maintain this form into next season. 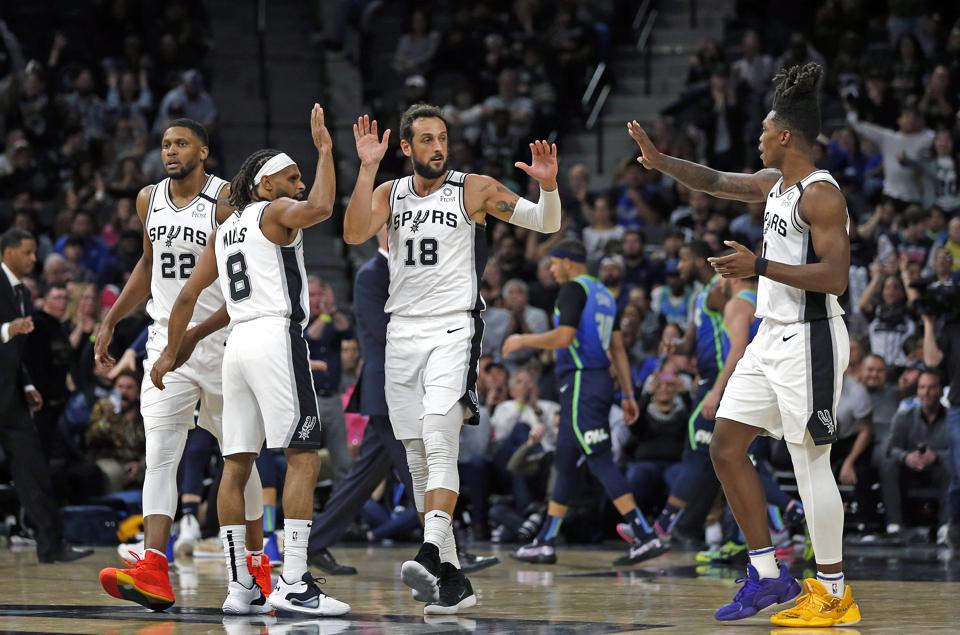 The key results at the end of the season that Spurs will be taking confidence from includes the 119-109 victory over the Dallas Mavericks. This took place in the AT&T Center, with LaMarcus Aldridge scoring a points high of 24 for the side. The performance saw the side take over in the final quarter, which proved to be the difference and ultimately saw them pick up the victory. They then also followed up with a 129-120 victory over the Sacramento Kings, with DeMar DeRozan leading for the side with 27 points. It was yet another encouraging performance for the Spurs, inside the Visa Athletic Center.

Spurs then picked up four further victories before the end of the season. This included a 108-106 victory over the Grizzlies, before a 119-111 over Jazz. Spurs then finished off the season with a 122-113 win over the New Orleans Pelicans, as they led from start to finish, despite the strong third quarter from the Pelicans. The last win of the season saw them beat the Houston Rockets 123-105. That was a positive finish to close out the season and they will now be hoping to kick start the 2020/21 campaign in similar form.