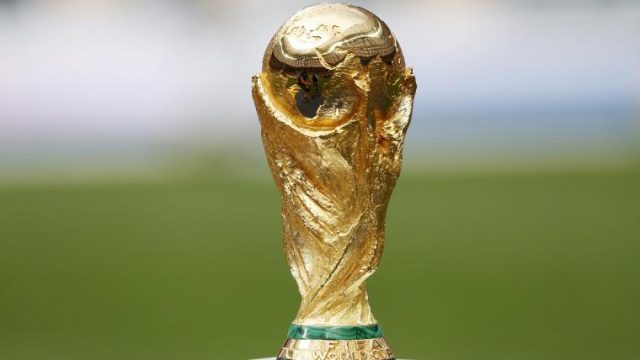 The 2022 World Cup in Qatar has been mired in controversy since its inception. As the opening match opened today, controversies keep popping up. From a Danish news crew getting attacked by Qatar officials on live tv, to reports of fake fans, and now a reversal on alcohol sales, the World Cup is making headlines for all the wrong reasons. Let’s take a quick look at these stories emerging from Qatar.

Danish reporter Rasmus Tantholdt was broadcasting live on Danish tv Wednesday night when Qatari officials pulled up to them on a golf cart and threatened to break their camera equipment. The scene was broadcast live on the Danish channel TV2. Viewers heard Tantholdt say to the Supreme Committee for Delivery & Legacy officials, “You invited the whole world to come here, why can’t we film? It’s a public place,” Tantholdt was heard saying in English. “You can break the camera, you want to break it? You are threatening us by smashing the camera?”

We now got an apology from Qatar International Media Office and from Qatar Supreme Commitee.
This is what happened when we were broadcasting live for @tv2nyhederne from a roundabout today in Doha. But will it happen to other media as well? #FIFAWorldCupQatar2022 pic.twitter.com/NSJj50kLql

The Supreme Committee apologized after the journalist provided the proper credentials. Qatari officials said, “Upon inspection of the crew’s valid tournament accreditation and filming permit, an apology was made to the broadcaster by on-site security before the crew resumed their activity,”

As the world cup athletes began to arrive in Qatar this week videos started getting posted to social media of fans welcoming them at their hotels. This sparked the question if there are paid actors. It should be clear that you don’t have to be from a particular country to support its national team. However, these fan parades seem to be organized entirely by local Qatari supporters. If these aren’t paid actors what does it say for the host nation’s expectations if other countries are garnering large groups of local supporters over the home team?

The Supreme Committee has denounced the claims of paid actors. In a statement a Committee official said, “Fans from all over the world — many of whom have made Qatar their home — have contributed to the local atmosphere recently, organizing fan walks and parades throughout the country, and welcoming the various national teams at their hotels…” “Numerous journalists and commentators on social media have questioned whether these are actors. We thoroughly reject these assertions, which are both disappointing and unsurprising.”

No Beer Allowed At Matches

In a stunning 11th-hour reversal FIFA confirmed there will be no beer sales at the World Cup matches. Since public consumption of alcohol is severely limited in Qatar, beer is not normally sold at football matches. Alcohol sales will be permitted at designated licensed locations for fans over the age of 21 with proper photo IDs. In past World Cups like in Brazil FIFA was able to pressure the Brazilian Government to loosen its restriction on alcohol sales. The practice of selling beer at football matches had been banned for years in Brazil. There was no such luck in Qatar. Anheuser Busch Inbev can’t be happy about this, as they are FIFA’s biggest sponsor for the World Cup. We’ll see how the Qatari decision to ban alcohol sales at the matches affects future World Cup location selections.

The World Cup is as much about the experience as it is the football. Hopefully, these controversies won’t have fans rethinking their travel arrangements. The World Cup is the biggest sporting event in the world and it deserves to be enjoyed and celebrated. Now that we’ve covered the drama let’s get back to the important questions, Who do you have winning it all?