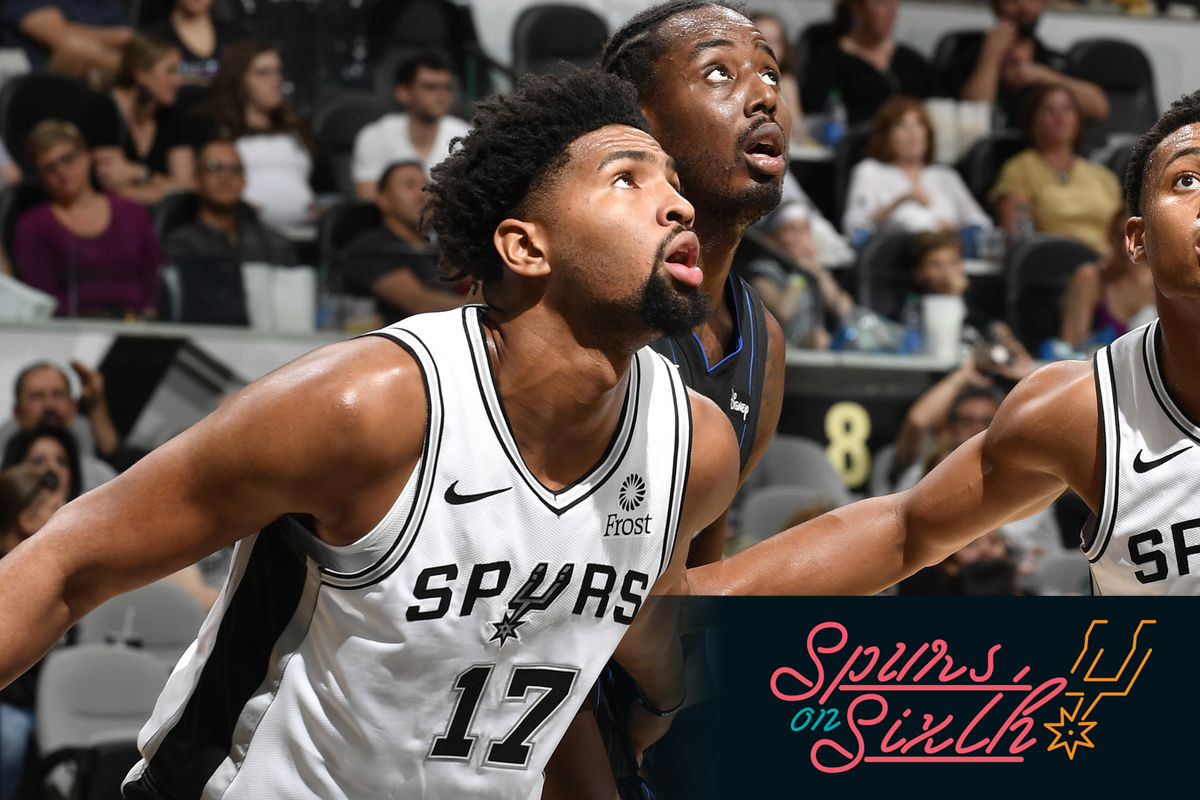 With Lonnie Walker IV beginning to take advantage of his season with the San Antonio Spurs, and the team’s difficulties finding wins, the requests for the youth movement to officially start are gaining volume. So what would that look like?

Should it happen, such a move would definitely impact the Austin Spurs’ young season as Drew Eubanks, Chimezie Metu and rookie Keldon Johnson have made multiple visits to the NBA affiliate Spurs, and would likely get the call. Second-round pick Quinndary Weatherspoon just isn’t ready yet. Luka Samanic would likely receive the most support from fans that are hungry to see the team’s first pick in the 2019 draft, especially given the lack of depth at the 4 and the 5.

Those fans have a point, but I’d like to offer them another name in place of Samanic – Dedric Lawson.

Luka is having a solid season, posting 14.2 points, 6.8 rebounds and two assists per game while playing nearly 26 minutes through the first 12 games. He’s shown ability to hit from deep, and he is looking more comfortable as the season progresses, after coming over from Europe in the Spring Draft. So why should Lawson make the leap before Samanic?

Let’s go ahead and negate the stat sheet right away. On the season, Dedric is averaging 13.8 points, 8.8 rebounds, and 1.4 assists in about 24 minutes. Yes, the season is young, but in the same stretch, the undrafted rookie is striking par with the team’s first pick. Lawson has a slight advantage from the NBA-coveted 3 point line, hitting at a 37% clip.

On the plus-minus the two are close, but Luka’s -1.3 is a mirrored reflection of his counterpart’s +1.9. As can be seen in that last stat, the season may be too young to get a super clear picture of the difference between the two, which makes this final one a bit more alarming.

Luka is tied for 10th in the league in turnovers with 38. Austin is averaging 19 per game, meaning Samanic is good for an average of three of those. “But Luka is only 19-years-old,” you can tell me, “and Lawson is 22.” You’re right, which is just another reason Luka should wait.

Coming out of Hamilton High School in Tennessee, Dedric Lawson was #26 in ESPN’s Top 100 for the Class of 2015. He committed to Memphis, where he led the team in scoring and rebounding his freshman year, tested the NBA Draft, then decided to go back to Memphis where he led the Tigers in both categories again. Due to staff changes at Memphis, he transferred to Kansas and after a year sitting out, he led the Big 12 in scoring and rebounding, averaging a double-double with 19.4 points and 10.3 rebounds for the season.

At just a month away from turning 20, Luka has shown similar potential during his career across the levels across the pond, averaging 8 points and 4.8 rebounds per game against more mature competition. Where Luka is still growing into himself and learning how to take a more aggressive role, it is my opinion that Dedric Lawson already has mostly figured out and will be ready before Luka.

With his resume, I would have to ask Project Spurs’ own college basketball guru Benjamin Bornstein for a clearer picture of just why he dropped. In an article from last fall, Ben wrote “We’ve only got a small sample size to work with while he’s been at Kansas, but he would be a really nice pickup and get with the Spurs’ own pick or the one they will undoubtedly get from the Toronto Raptors.” As it unfolded, Samanic was picked and Lawson was acquired after the summer.

When a player has a draft status, they have an expectation to live up to that status, and underperformance can lead to sour feelings from a fanbase. That only intensifies, with little reason, when there is another Luka (Doncic) from Croatia playing in the state of Texas who won Rookie of the Year honors in 2018-2019 and is putting together an MVP season this season. If Samanic goes down to San Antonio and struggles, it could be a lot for a young kid to deal with mentally as he focuses on his development. If Lawson were to struggle after getting the call, he’s just another undrafted signee that didn’t work out.

Tonight’s player of the game is Dedric Lawson! He recorded 22 points and 12 rebounds in 18 minutes. He met our fan Kaiden after today’s win! #ATXSpurs15 pic.twitter.com/0mrw0Q1FpR

Dedric Lawson is flying under the radar for most fans, but I think the San Antonio coaching staff is well aware. He was Player of the Game in Friday’s win over the Sioux Falls Skyforce, leading all scorers with 22 points in just 18 minutes, with an efficient 10-16 from the floor to go with 12 rebounds. The next night for affiliate night, he caught the eyes of Matt Bonner and Dan Weiss who were on the call for the game and undoubtedly stood out for the numerous San Antonio staffers in attendance too.

Former Austin Spur, Derrick White, joined the broadcast in the 2nd quarter and noted of Lawson, “His game is smooth.” Dedric went 7 of 12 for 16 points, nine rebounds, three assists, and two blocks in 23 minutes for a +/- of 3 in 23 minutes. Luka? He posted 11 points, four rebounds, and one assist to go with six turnovers in a -15 rating in his 26 minutes.

My opinion may not be popular, but what do you think – If the Spurs go to the youth movement this season, should Luka get the first look? Leave a comment below or let me hear it on Twitter @jarkclonas.