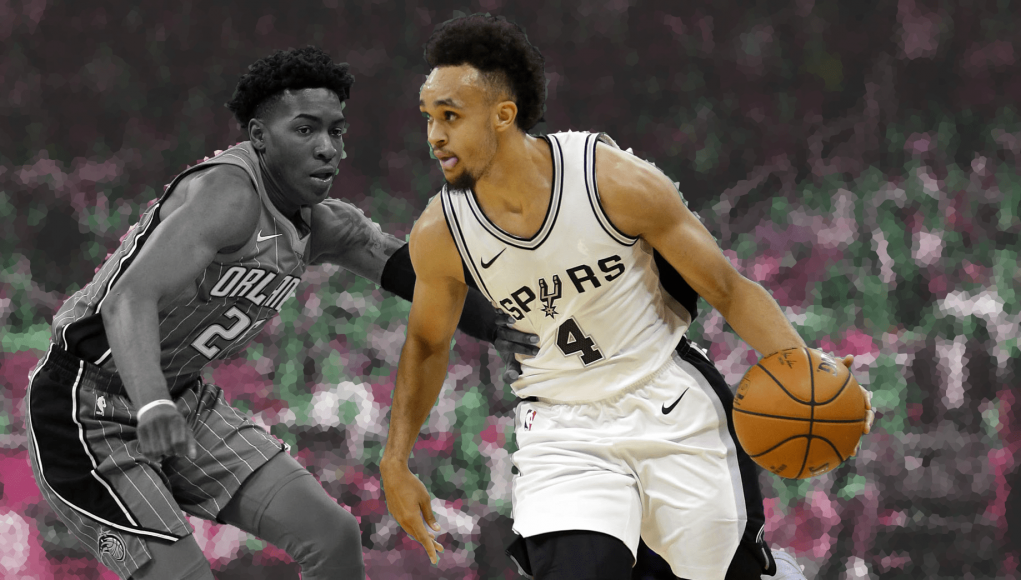 SAN ANTONIO – When the San Antonio Spurs drafted Derrick White with the 29th pick in the 2017 NBA Draft, they knew he had the potential to be a great player.

However, they may be surprised at how soon he’s turning the corner.

White’s career night led the Spurs to a 118-108 victory over the Denver Nuggets at the AT&T Center on Thursday night in Game 3 of their Western Conference first-round playoff series.

If you go by history, the Spurs are sitting in a pretty good spot because the winner of Game 3 has gone to win the best-of-seven series 71 percent of the time.

“He was obviously spectacular,” Spurs head coach Gregg Popovich said of White. “I don’t know what else to say. At both ends of the floor.”

Here is what went good and bad for the Spurs, as well as three standout players: White, DeMar DeRozan, and LaMarcus Aldridge.

The second-year guard proved just how special he will be in the future for the Spurs and Thursday night’s performance may just be the tip of the iceberg for the former Colorado Buffalo.

White finished with a career-high 36 points and shot 71 percent from the floor. He sliced and diced his way to the basketball, looking like a vintage version of Spurs legend Tony Parker.

“The G-League experience was huge,” White said. “It was big for my development and I learned what works and what doesn’t.”

The Spurs leading scorer on the season knew he needed to be better after a poor first half on Thursday and he really turned it on in the third quarter.

DeRozan finished with 25 points on the night, shooting 50 percent from the floor. He added five assists and four rebounds to his stat sheet. Of those 25, 19 came in the third quarter as he helped guide the Silver and Black to a 19-point lead.

“I just go out there and play,” DeRozan said. “We knew we had that last game and were coming back home. We took care of home court tonight.”

The Spurs forward didn’t have much pressure on him to score as aggressively as he did in the first two games but his biggest impact was felt on the defensive end.

“There’s a lot of game left,” Aldridge said. “There’s no time to relax or feel good about it. You got to stay hungry.”

The Spurs lead the best-of-seven series 2-1 and will look to take a commanding series lead when they take on the Nuggets in Game 4 on Saturday afternoon at 4:30 pm Central Time at the AT&T Center.