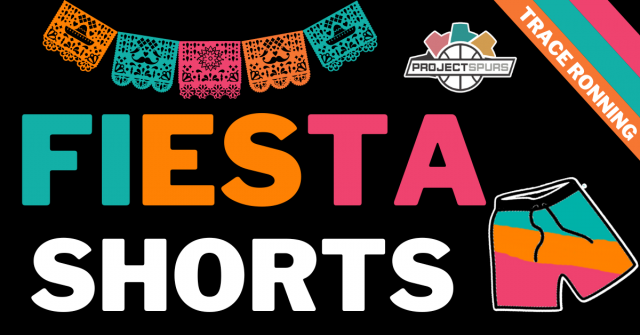 With 15 games down this season, we here at Fiesta Shorts have decided that it’s time to hand out some hardware. However, I won’t be crowning the Most Improved Player, MVP, or handing out any awards based on quality of play today. Rather, I was inspired by a video posted by our friend Josh Paredes at AirAlamo in which his wife Mindy ranks various San Antonio Spurs uniforms.

In the video, she worried about a white jersey because she’s afraid she’d spill something on it. As a fan, this is a wise consideration. Messy snacks go well with sports and wearing a white jersey while eating messy snacks is a dangerous game. Of course, the Spurs don’t (or shouldn’t…) have to worry about wiping Flaming Hot Cheeto dust on their Association Edition jerseys, but what if they did?

Most Likely to Cleanly House a Spaghetti Bolognese in an Association Edition: Jakob Poeltl

Something about giving this to a European player feels right, and Poeltl just seems a bit more polished than Sochan. I feel confident that the Vienna-born big man has seen his fair share of pasta, and I’m fully confident in his ability to eat spaghetti without causing the equipment staff to work overtime.

Most Likely to Use Their Jersey As a Bib: Keldon Johnson

I want to make it clear that I do think Johnson would make every effort to use his napkin until the napkin could no longer be used. I also think if he requested a new napkin from the waitstaff and it took longer than 30 seconds for him to receive that new napkin, Johnson would be wiping his face with the front side of his jersey. Don’t tell me you can’t see this happening.

Most Likely to Wear Their Jersey 4-5 times Before Washing It: Isaiah Roby

Roby gives me the vibe of a person who – after being called out for wearing the same shirt four days in a row – would say, “I’ve just been wearing it around the house, man, what’s the big deal?”

Well, dude, the deal is that that thing is not clean and we all know you’ve been wearing it in and outside the house. Wash and change your clothes, man.

Player Who Absolutely Does Not Know How to Fold Their Laundry: Devin Vassell

Vassell is focused on one thing and one thing only: hoopin’.

He cares not for a neatly folded t-shirt or an organized dresser. He might one day, but that time is not now.

Most Likely to Obsess Over Wardrobe Organization: Zach Collins

Collins is the definition of coiffed. You can’t make me believe his closet is anything less than immaculate.

Before I leave you this week, let’s bring back the Fiesta Meter to talk about some recent performances.

His 20-point, five-assist, five-rebound, two-steal performance in Portland was very complete. Johnson must clean up the turnovers a bit, but he complements Vassell nicely on offense. He’s the second-ranked three-point shooter in the league (52 made, 42.3%) behind only Steph Curry. Not bad!

How about scoring a career-high 31 points on the second night of a back-to-back in Portland, to go along with 14 boards? Poeltl is playing some of his best ball this season, and I’m reluctant to say anything further for fear that he’ll be snatched away from me. For now, he gets the first five-short ranking of the season.

Thank you for reading, please be kind to each other out there.

*DISCLAIMER: This is a list based on players’ characteristics on the court, not meant to be a statement on their actual person.