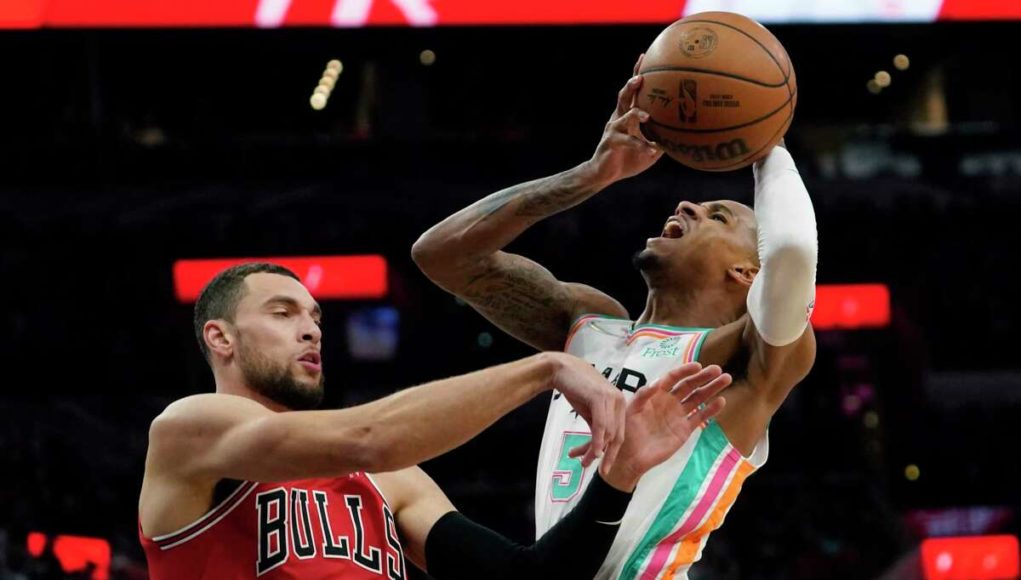 The San Antonio Spurs spent the final weekend of January entertaining the Chicago Bulls and Phoenix Suns, earning a split in the process as they earned a big home win and suffered a narrow loss on the road.

In case you missed it, here’s a recap of both games from the weekend:

The San Antonio Spurs opened the weekend with a 131-122 victory over the Chicago Bulls at the AT&T Center on Friday night.

The game saw former Spurs DeMar DeRozan return to the Alamo City for the first time since being traded in the offseason.

DeRozan led the Bulls with 32 points as he was shown love from the San Antonio faithful in his return. Zach LaVine added 30 points and Nikola Vucevic had 18.

Dejounte Murray had 29 points and 12 assists to lead the Spurs while Keldon Johnson added 23 points for San Antonio. Jakob Poeltl chipped in 21 points and 11 rebounds.

DeRozan hit a three to put the Bulls on top but Chicago turned the ball over its next possession to help the Spurs keep the lead for good.

”We had a lot of guys who played well,” Spurs head coach Gregg Popovich said. ”That’s what it takes. We don’t have that go-to guy, so to speak. We have to do it together. We have to do it as a group. We had 35 assists. That tells the story offensively. We have to play like that.”

The Spurs went into Sunday’s game missing key players in Poeltl, Murray, and Derrick White. However, they put up a good fight but would fall 115-110 to the Suns at the Footprint Center.

Popovich said before the game the injuries to his three main players would not keep them out long.

As a result, Doug McDermott led the way for San Antonio with 24 points and Johnson chipped in 16 points for the depleted Spurs.

“It was a lot of fun for sure. They’re the top team in the league. It was a great atmosphere,” Spurs guard Tre Jones said.

Devin Booker and Chris Paul combined for 48 points in the Suns’ win, pouring in 28 and 20 points respectively.

Mikal Bridges added 26 points in the win for Phoenix.

The San Antonio Spurs are now 19-32 on the season and will return to the court on Tuesday to face the Golden State Warriors at 7:30 p.m. from the AT&T Center.