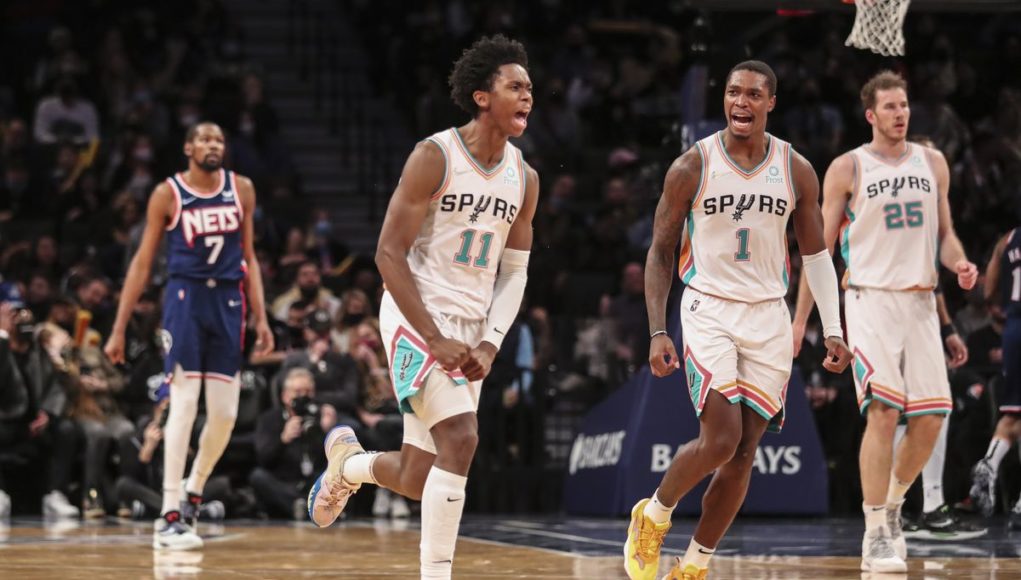 The San Antonio Spurs were hit with COVID-19 over the course of their road trip that resulted in them losing to the Philadelphia 76ers and Brooklyn Nets over the weekend.

The results saw San Antonio move to 15-24, just percentage points behind the Sacramento Kings for the final spot in the play-in game.

The Spurs fell to the Philadelphia 76ers 119-100 on Friday night at the Wells Fargo Center to kick off the weekend slate.

San Antonio had no answers for Joel Embiid, who had 31 points and 12 rebounds to lead Philly. Seth Curry and Tobias Harris each scored 23 points for the 76ers, who never trailed in the game.

As a result, Dejounte Murray led the way for San Antonio with 27 points. Jakob Poeltl had 17 points and Lonnie Walker IV added 13 in the loss.

The Spurs, still depleted, gave the Brooklyn Nets all they could handle but fell 121-119 in overtime despite a late rally to force the extra period.

Walker led the Spurs with 25 points while Murray chipped in 19 points and 12 assists, and nine rebounds. Josh Primo’s three-pointer tied the game late in overtime but Brooklyn rookie Cam Thomas made a bucket with 1.9 seconds left to give the Nets the win.

Kevin Durant went scoreless the final 4:01 of regulation, which allowed the Spurs to get back into the game. Durant scored 28 points for the Nets and James Harden had 26 points, 12 assists and seven rebounds.

“If you wish and could make your wish come true, you don’t want him shooting the last shot, that’s for sure,” Spurs head coach Gregg Popovich said of Durant. “But we let the young man go middle. A tough closeout. We needed to send him the opposite direction, so he made a tough shot.”

The San Antonio Spurs are now 15-24 on the season and will return to the court on Monday night to face the New York Knicks (19-21) from Madison Square Garden at 6 p.m.