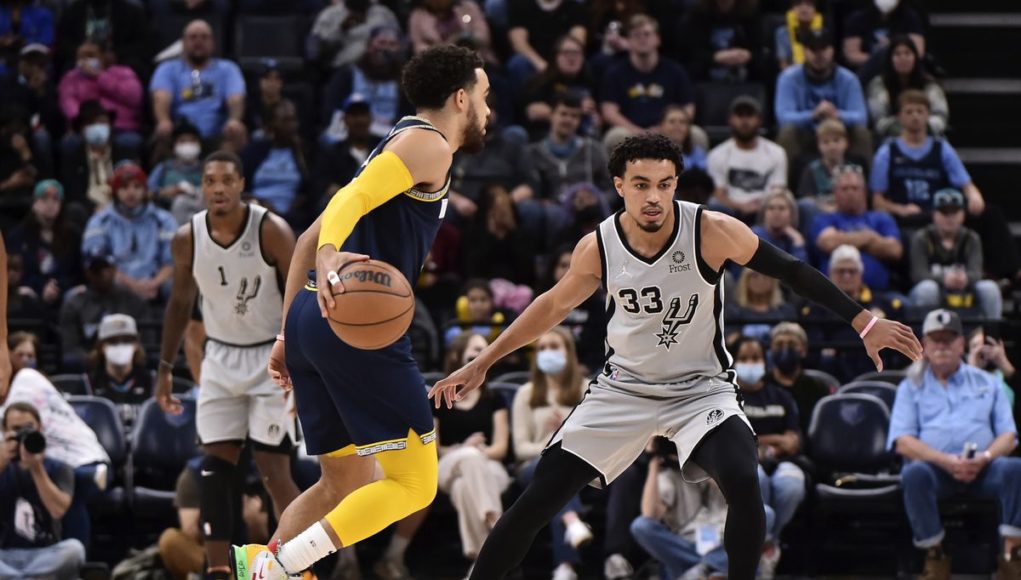 The San Antonio Spurs closed out 2021 with a loss to the Memphis Grizzlies and opened the new year with a narrow loss to the Detroit Pistons on Friday and Saturday night respectively.

The results saw San Antonio fall to 14-21 and out of the 10th spot in the Western Conference, which just happens to be the final spot for a play-in game.

The San Antonio Spurs closed out 2021 with a 118-105 loss to the Memphis Grizzlies at the FedEx Forum on Friday night in a game that was just weird all around.

Both teams came into the game missing key players due to injuries and Covid-19 protocols. The Spurs were without Dejounte Murray and Memphis had eight players out.

Ja Morant paced the Grizzlies with 30 points on 66 percent shooting from the floor. Desmond Bane added 17 for Memphis, who won their fourth straight.

The Spurs struggled in the third quarter as a result of sloppy play and mistakes as Detroit won the quarter 27-18.

Derrick White, Bryn Forbes, and Jakob Poeltl each had 15 points to lead San Antonio. Meanwhile, Keldon Johnson and Doug McDermott struggled and combined for 12 points on 4-for-19 shooting.

”They come ready to play,” Spurs Head Coach Gregg Popovich said of the Grizzlies. ”They believe in what they are doing and believe they are one of the better teams in the league. And it shows.”

The San Antonio Spurs rang in 2022 with a narrow 117-116 overtime loss to the Pistons at Little Caesars Arena. Saddiq Bey’s corner three-pointer over Poeltl and Keldon Johnson in the final seconds proved to be the difference.

The Spurs led by as many as 17 points in the second quarter before the Pistons went on a 33-22 run to take the four point lead in the third quarter.

San Antonio played without Dejounte Murray, Lonnie Walker, and Doug McDermott who all missed the game with Covid-19 protocols.

“We went up by 17, we kind of took our foot off the pedal,” Forbes said of the loss.

The San Antonio Spurs are now 14-21 on the season and will return to the court on Tuesday when they head north of the border to face the Toronto Raptors (15-17) at 6 p.m.