AT&T Center – Coming into the second round of the Western Conference playoffs, Golden State Warriors guards Stephen Curry and Jarrett Jack are averaging a combined 43.1 points and 16.3 assists per game.

The San Antonio Spurs’ perimeter defense will have a challenge on their hands limiting the Warriors dynamic shooters as much as possible. On Sunday, before beginning practice, the Warriors guards discussed the Spurs, and Curry gave an interesting reaction to a comment from Spurs head coach Gregg Popovich.

Before game two of the Spurs’ win over the Los Angeles Lakers, Coach Popovich said watching Curry shoot reminded him of watching Michael Jordan. When Curry was notified of Popovich’s comment Sunday, he had one reaction.

“Was he drunk when he said that?”

For Curry, he knows the Spurs’ defense will bring him different looks than he faced against the Denver Nuggets. Curry’s hoping he can continue to shoot the ball the way he was doing in the first round. To prepare for the Spurs, Curry said he’s watched a lot of film and even watched how they defended Los Angeles Clippers guard Chris Paul last year.

On one player Curry will be defending at times throughout the series – Spurs guard Tony Parker, will present a tough defensive challenge.

“He’s been playing at a high-level all year,” said Curry of Parker. 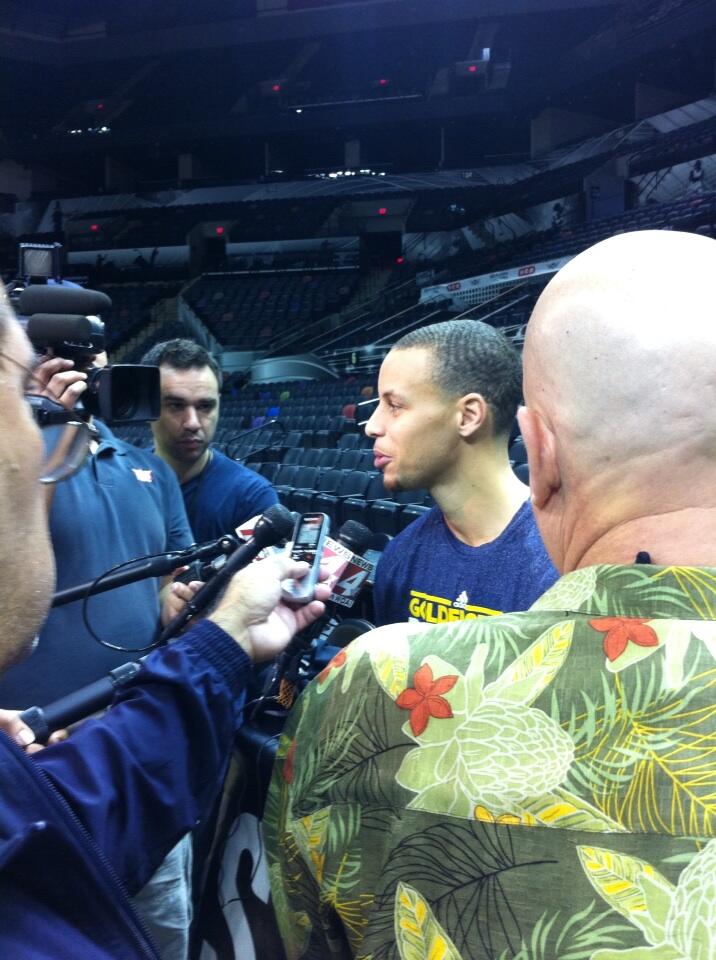 As for David Lee making a surprising return to the Warriors in game six against the Nuggets, Curry called it “unbelievable” and said Lee is a “huge presence in the locker room.”

As for Jack, who has had big games against the Spurs with both the New Orleans Hornets and Warriors, he says playing San Antonio brings the best out of him.

“Your play gets up against them,” said Jack of facing San Antonio.