Let me see if I understand this correctly, the San Antonio Spurs can win in front of the brightest film-stars in Hollywood, yet they can’t pull off a win in a state that is known to host “Big Foot” and was a major filming sight for vampires who glisten in the sunlight? 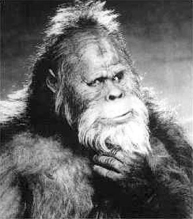 Ladies and gentlemen, and mythical creatures, let’s begin Views From The Couch Volume 10!

The Past Should Be Revisited

Commentary during the game: As the Spurs were falling behind in the fourth quarter, I tweeted “Things not looking good for #Spurs in #Portland right now. Portland is clearly the aggressor and fueled w/ energy. Spurs need to wake up.”

In the fourth quarter, I tweeted “Can anyone in #Portland please verify if Tony Parker is still alive? 6pts in 30min? Come on TP! We need you!! #Spurs”

Commentary during the game: In the first quarter, after Antonio McDyess made a spectacular play, @marcel_mutoni tweeted “James Naismith consulted with Antonio McDyess when he invented basketball. #old”

Click the “Read More” button to see which Spur earned Player of the Week? Who got honorable mention? How bad was the Portland loss? What are the Lakers thinking after Thursday night? Is it Tiago’s time to shine and a quick look at the week ahead featuring the Fantastic Four? And find out how you can be involved in the emotional McDyess game winning roller coaster!

In the second quarter, before Tony Parker found his rhythm, @JDSpursTexans tweeted “Parker: Missing in action” Also in the second quarter, as Reggie Miller continued to annoy both Spurs and Lakers fans, @russbengtson tweeted “Someone please punch Reggie in the throat.” Tony Parker went on his own 4-0 run, I tweeted “BREAKING NEWS: Tony Parker is alive!” Pau Gasol dunked the ball and yelled “AAAAhhhhhhh!!!!” This made me ponder the question “When Gasol scores with a layup or dunk, he yells quite loudly. Is it really necessary? Does it give him super powers?”

In the third quarter, San Antonio residents learned of an ice storm taking over the city. Most citizens’ jobs were being cancelled for the following workday. @mojavi74 summed up the news best  “Looks like I’m off tomorrow. This 18 pk is getting destroyed!” @ArtGarcia_NBA summed up what this Lakers-Spurs game truly meant to the Western Conference: “I wonder if rest of West teams watching Spurs-Lakers realize they’ve got no chance this season? That’s what I’m hearing.”

Here are all the post game tweets following Antonio McDyess’ game winning tip in: I tweeted “ANTONIO MCDYESS > The Universe” @courtside tweeted “Pop smiling is the greatest, and rarest, sight ever.” @MikeTaylor760 tweeted “LAL missed many open shots but to hold those people under 90 in their place says plenty. @spurs clearly best of West.”

Commentary during the game: In the first quarter, as Tony Parker lit up the Kings defense, I tweeted “As of right now, Tony Parker has as many points (12) as the entire #Kings team. #Spurs lead 25-12. 2:39 left in the first”

In the second quarter, a local Spurs fan woke up from his sleep to discover the Spurs routing the Kings, @madcowheff simply tweeted “Good Morning everyone. Good to see that the Spurs wake up and piss excellence like me.”

Player Of The Week

Tony Parker: After having one of his worst games of the season versus Portland (6 pts, 3-11 FG, 32 minutes) but he rebounded by leading the Spurs to victories against the Lakers (17 of his 21 points came in the second half) and Kings (25 points and 7 assists).

Richard Jefferson gets the Honorable Mention this week for not-hesitating on his three pointers, attacking the basket aggressively and running in the open court for quick points. Jefferson scored 10 points in Portland, 18 points in Los Angeles and 16 points in Sacramento (while shooting an average of 63% FG and 57% 3PT FG). If Jefferson can continue to play with this consistency into the playoffs, the Spurs will be the odds-on favorite to win it all.

LaMarcus Aldridge? He Had A Wilson Chandler game…..

I’m going to make a new game phrase and coin it “He had a Wilson Chandler game.”

Back in January, the Spurs lost to the New York Knicks on a night the Knicks could not miss a shot. Amar’e Stoudamire, Raymond Felton and Wilson Chandler shot un-characteristic shooting percentages. Of the three, Wilson Chandler scored 31 points on 10-17 shooting. The next time the Spurs faced Chandler? He only scored 7 points. Basically, in the first meeting “he had a Wilson Chandler game” in which a player and two of his teammates shoot extremely high percentages out of their norm.

This Portland game could be viewed the same way; LaMarcus Aldridge (40 points, 16-13 FG), Welsey Matthews (21 points, 8-16 FG) and Andre Miller (18 points, 8-13 FG) all had an extremely un-characteristic night. Aldridge led the bunch and played magnificent. The entire Trail Blazers team played lock-down defense holding the Spurs to just 15 points in the final quarter and ending the game on a 14-2 run. But Spurs fans, assess this game from this angle: It was 71-71 going into the fourth quarter, your team was having trouble scoring while two of your top contributors (Parker 6pts and Neal 3pts) were no-shows for

the game. Take the fact that the Spurs have lost the last 7 of 9 games to the Blazers and you can see how your team lost. It wasn’t a major loss where you have to start questioning the team. The Spurs just didn’t bring the fire and energy in the fourth quarter and Portland’s combination of players and home-crowd synergy devoured the Spurs.

In fact, Portland has been struggling lately. Before beating the Spurs, they had lost games to the Kings and Boston Celtics. After they beat the Spurs, they went on to lose two more games against the Denver Nuggets and Indiana Pacers. Then Saturday night, they barely beat the 24-straight loss Cleveland Cavaliers.

Face it Spurs fans, you have the number one team in the league and teams are bringing their “A-Game” against you every night. I’m very confident in saying LaMarcus Aldridge will not score 40 points in the next two meetings against the Spurs.

How Are The Lakers Assessing The Loss?

After the thrilling game on Thursday night, the Spurs may have left the Lakers in one of two positions mentally:

1.) The Lakers could view this loss as a means of confidence by thinking “When we use our height to crash the boards, we have a major advantage that the Spurs cannot match. There were possessions when our defense shut down the entire paint. Or, just one more play and we could have won the game.”

2.) The Lakers view the loss as a sign they may not be able to stop the Spurs: “We had one of our best games. Everyone was involved; Kobe scored and distributed the ball. Gasol, Odom, Artest and even Bynum were all efficient yet we still couldn’t win at home? Manu had a bad game on San Antonio’s side and they still won. What is it going to take to stop the Spurs?”

As Spurs fans, let’s hope this win on Thursday really put the Lakers in a mental bind.

iago Splitter showed what he could do when given a good amount of minutes. In 28 minutes of action Friday against the Sacramento Kings, Splitter scored 16 points on 7-8 shooting and grabbed 9 rebounds.

This upcoming week will be a good chance for Splitter to make an impact on the coaches and his peers; as the Spurs play 4 games, 2 back-to-backs and all against inferior opponents. If the Spurs manage to blow out the Detroit Pistons and Philadelphia 76ers, Splitter could get a good amount of garbage minutes to add some production. On the back-to-back games against the Toronto Raptors and Washington Wizards, Splitter will probably see the 28 minutes he got against Sacramento.

This week is the perfect opportunity for Splitter to earn his spot in the rotation. Will he capitalize?

The Rodeo Road Trip continues this week with what looks like an easy schedule, but don’t be fooled. The Spurs will play 4 games in 5 nights, which is never an easy task regardless of how bad the competition is.

Dear readers, I’m adding a new section to ‘Views From The Couch!’ titled “Let’s Get Interactive!” I’ll either ask a question or for you to describe a scenario and leave us your story. Interaction amongst all Spurs fans is always intriguing!

In the comment box, describe where you were and how your emotional roller coaster went before and after the Antonio McDyess tip-in against the Lakers on Thursday night!