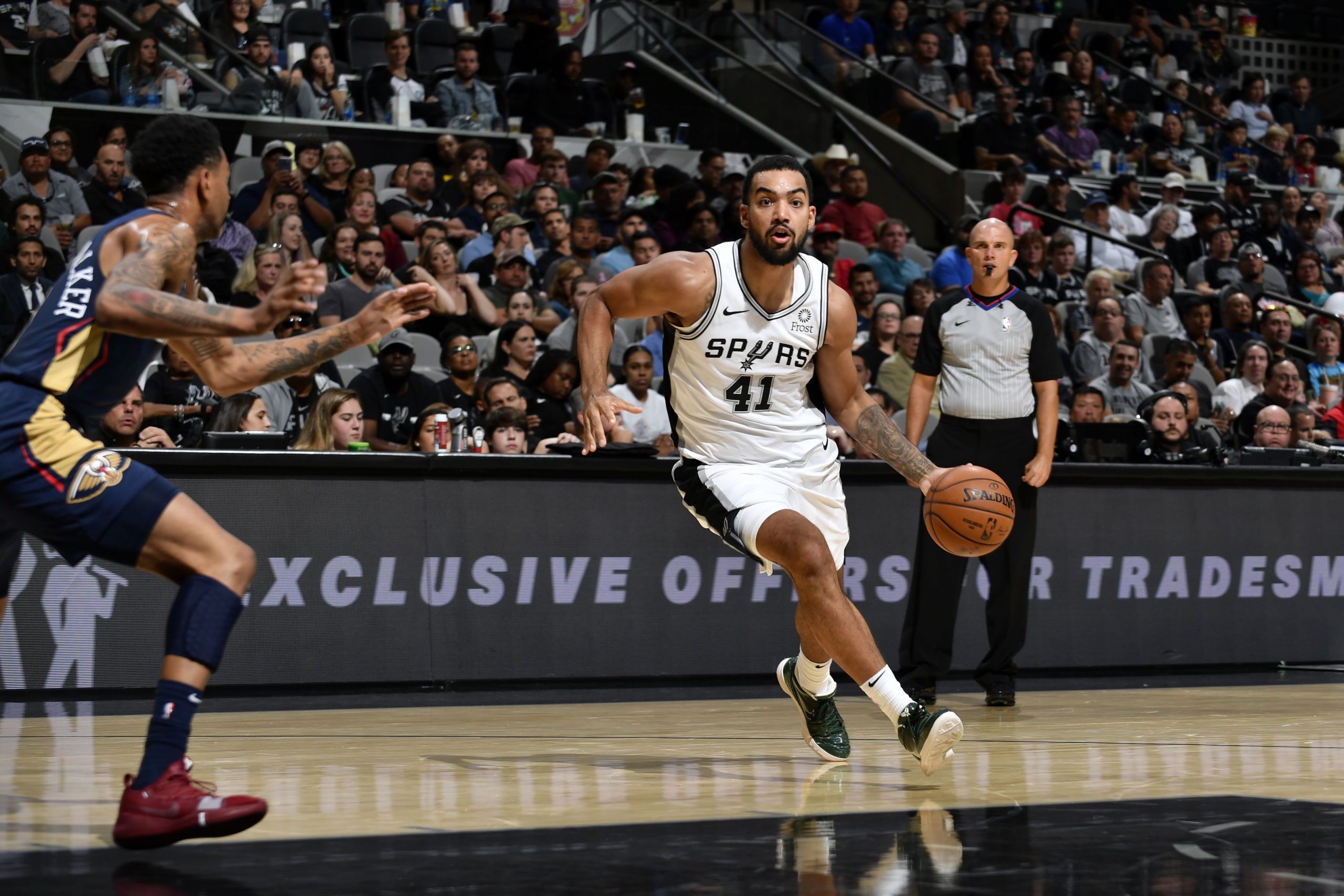 There’s not telling how the Spurs will fare in finishing out the season and if they’ll make the playoffs for another consecutive season, but these mobile apps can put you on the right path.

Basketball betting has changed over the past few years with most wagers being taken via mobile apps rather than in sportsbooks. It also adds to the convenience.

Before Lyles was interviewed, his teammate Patty Mills announced he’d be donating his salary from the Orlando games to social justice groups in Australia.

“Seeing Patty do it, that’s just the kind of person that he is,” said Lyles of Mills’ decision. “It’s a push for us young guys. I think it impacts us a lot.”

“He’s a guy everybody looks to for motivation,” said Lyles of Mills’ leadership. “Along with his words, his actions.”

Once the season is concluded in the next few months, Lyles will have completed his first season as a Spur. He spoke about what it’s been like playing for Head Coach Gregg Popovich, who often speaks on social justice issues.

“It’s awesome for me personally,” said Lyles of Popovich. “He’s not scared to say what he needs to say. You can tell he truly cares about his players and the community and the organization.”

Lyles said initially when the season was suspended in March, he waited in San Antonio for two weeks to to see what would happen. Once he realized the suspension would last longer, he went back to his home state of Indiana, where he spent time with his family and he also had access to private gyms to continue training for the season restart.

Like his teammate Derrick White, Lyles thinks it’ll take about a week or so for players to get their feel for the game back.

As for having to leave his family and be isolated in Orlando, Lyles echoed his teammate DeMar DeRozan.

“You go from four months with your family to being by yourself for one month, two months, three months, however long you’re there,” said Lyles.

One player who won’t be joining the Spurs is LaMarcus Aldridge, who is out for the rest of the season due to injury.

“It’s unfortunate, we missed LA earlier this year,” said Lyles.
He’s been out before and we’ve had to play without him.”

“I think everybody’s going to have to step up, me in particularly,” continued Lyles on Aldridge being out.

Though it’s a tough road ahead, Lyles said he hopes the Spurs are able to keep their playoff streak alive.

On social justice, Lyles said he’s likely to wear a social justice statement on the back of his jersey, but he hasn’t yet decided on which statement to display. He also said in Indianapolis, he’s helping to organize a ‘Peace in the Streets’ event for social justice.

Once the season concludes, the Spurs will have until October 18 to decide if they’ll keep Lyles on the team for next season with a salary of $5.5 million next season.

Lyles says he hopes he’s made enough of an impression to stay with the organization next season.

“Hopefully,” said Lyles, “I have. I enjoy my teammates, the coaches, the fans. It’s everything I thought it would be.”

While the NBA is taking all precautionary measures to try to keep players safe, Lyles knows there will be risk.

“I feel somewhat comfortable about it, but then again, there isn’t a 100% guarantee.”