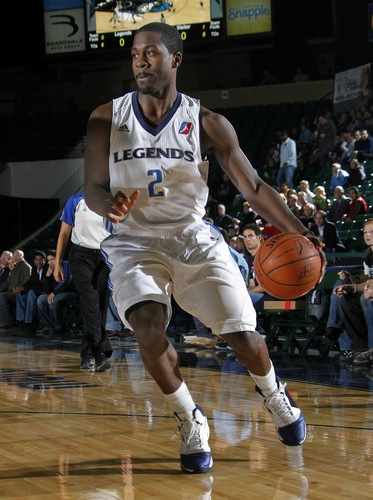 Many expected former Phoenix Suns forward Alando Tucker to be headed to the Capitol city with the Austin Toros’ second overall pick in the 2011 D-League Draft.

Just before draft night started, the Toros (San Antonio Spurs’ D-League affiliate) decided to shake things up, by hipping the rights to the second pick to the Texas Legends in return for guard Justin Dentmon.

Dentmon, a 6-foot guard out of Washington. averaged 19.1 points, four assists, 3.5 rebounds and 1.4 steals per game for the Legends last season.

While Dentmon declined a bit with fewer minutes in the playoffs, he shined in the final two regular season games against the Toros, which obviously had a lasting impact. In 39 minutes, the former Mavericks prospect finished the game with 22 points, six rebounds, three assists and three steals as he slashed through the Toros defense and Toros guards had troubles staying in front of him.

I’m not too surprised about the trade considering Dentmon gives the Toros added scoring and some depth at the guard positions. The Toros front court is also jam-packed with players that can play small forward, including Lance Thomas, Leo Lyons and Kevin Palmer. The addition of Tucker, while a good prospect for the Spurs, would likely stunt the growth and development of the Toros’ young forwards.

Here’s a rundown of some of the Toros’ other draft night selections.

With their next pick in the draft, the Toros selected Tristan Thompson, a 6-5 guard from North Texas, not to be confused with the former Longhorns center.

Thompson played all four years at North Texas, averaging 18 points, 3.2 rebounds and 1.8 assists per game. Thompson is primarily regarded as a high-percentage shooter, finishing his senior season with a career high from the field (.459) and from beyond the arch (.418).

His best game of the season came late in the season against Florida Atlantic. He shot 60 percent from the field, made both of his three-pointers and got to the line 20 times, finishing the game with 36 points. Thompson also led the Mean Green in big wins over Texas Tech and LSU.

Thompson could see some time behind Aubrey Coleman at shooting guard.

In the third round, the Toros picked up Omar Reed, formerly of Bluefield College.

The 6-6 swingman is yet another scorer, but he plays big for his size. In his last season at Bluefield, Reed averaged 24 points and nine rebounds per game.

Reed is comfortable playing inside and backing his man down. On the wing, he has the speed and athleticism to drive to the rim. While he can shoot the outside shot, his shot selection is suspect.

He’ll be able to play at either shooting guard or small forward for the Toros, but his best bet is competing for minutes at shooting guard.

With so many guards, that’ll leave several players competing for a few spots. They’ll have the opportunity to battle it out when training camp starts in Austin on November 14.