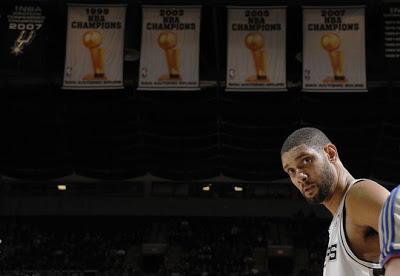 Saturday, the Naismith Memorial Basketball Hall of Fame announced that Spurs legend Tim Duncan has been named to the 2020 class.

Duncan becomes the third Spurs player in franchise history to be elected to the Hall of Fame, joining former teammate David Robinson and another Spurs legend in George Gervin.

Duncan spent all of his 19-NBA career years with the Spurs while guiding them to five NBA championships and six NBA Finals runs.

Duncan had a total of 15 All-NBA and 15 All-Defensive team selections while also being named a 15-time All-Star. Duncan won two MVP awards and he was the 1998 NBA Rookie of the year. During three of the Spurs’ five championship titles, Duncan was selected as the Finals MVP during three of those championships.

Here was Duncan earlier Saturday on being elected to the Hall of Fame:

And here was Duncan on his career: