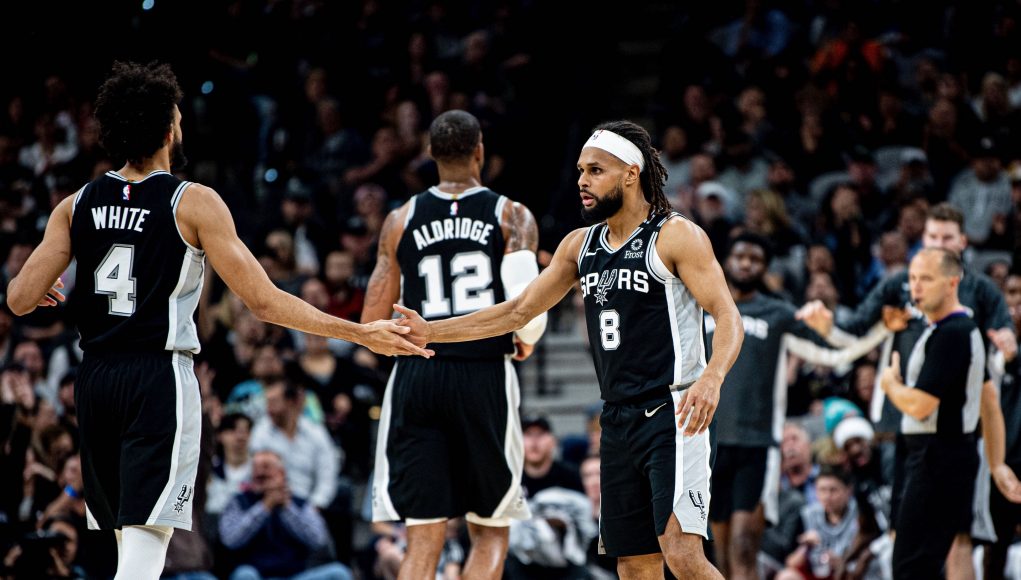 The San Antonio Spurs defeated the NBA-best Milwaukee Bucks (32-6) with both offense and defense in a 126-104 win at the AT&T Center on Monday night.

The win saw San Antonio split the season series at one game apiece.

In case you missed it, here are three thoughts from the game:

The Spurs got the win thanks in part to their season-best performance from 3-point land. San Antonio hit 19 for 35 on 3-pointers as Patty Mills drained six and Dejounte Murray went 3-of-4 from deep.

Over the past week, LaMarcus Aldridge has been scorching from deep, hitting 16-of-23 from beyond the arc. In Monday’s win, he went 2-for-3.

If Aldridge and Murray can stay consistent from beyond the arc as the All-Star breaks draw closer, San Antonio may be in a good spot heading into a very tough Rodeo Road Trip.

While San Antonio’s 3-point shooting was the main headline, don’t let that distract from the stellar defensive performance the team displayed in the win over the Bucks. Giannis Antetokounmpo had 24 points and 12 rebounds for Milwaukee but outside of that, no one had 20-plus points for the visitors.

Credit the San Antonio defense, who got in the passing lanes, deflected balls, and got big rebounds. The Spurs starting to figure it out on both ends of the court would be huge moving into February. Now the question is, can they keep it up?

Good on ya, Patty!

Patty Mills is the heart of this Spurs team. When he performs well, so do the Silver and Black. Mills finished with 21 points on Monday night to along with DeMar DeRozan’s 25 points. Mills’ play over the past month and season overall is one of the few bright spots.

However, if he can manage to keep it up and have his teammates follow his lead, the Spurs will be right there in the thick of the playoff race.

The Spurs are now 15-20 on the season and will return to the court on Wednesday night at 6 p.m. to face the Boston Celtics at TD Garden.