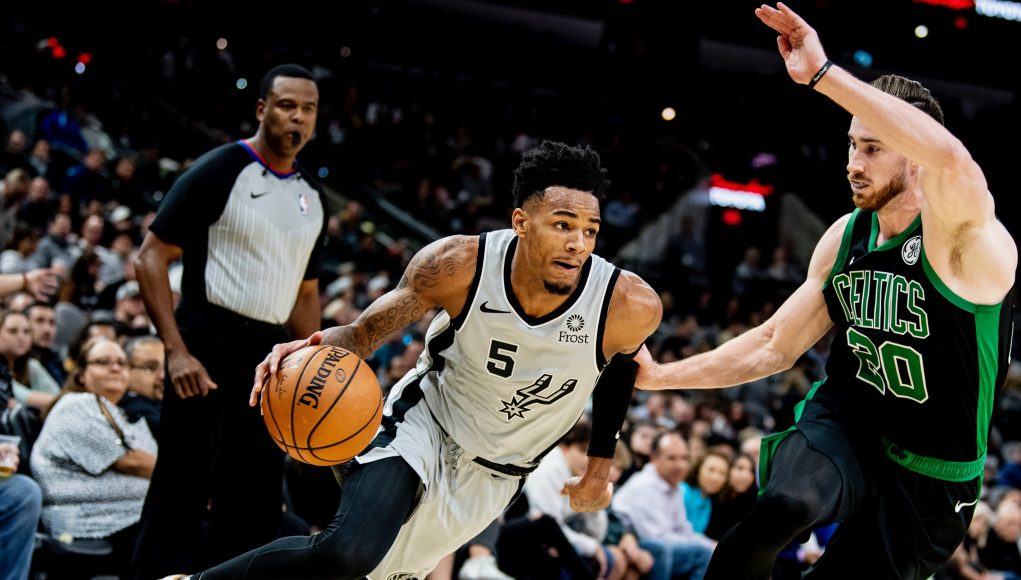 SAN ANTONIO – The San Antonio Spurs had a game to forget as they suffered a 135-115 loss to the Boston Celtics (7-1) at the AT&T Center on Saturday afternoon.

The loss is the third in the last four games for San Antonio, who gave up a season-high 135 points and 25 free throws to the Celtics.

“You’ve got to bring your A-game,” Spurs head coach Gregg Popovich said. “What surprises me is we were so unaggressive. We got intimidated to start. We didn’t play aggressively.”

Here are three thoughts and observations from the Spurs’ loss to the Celtics:

After dropping a season-high 39 points in Thursday’s win over the Oklahoma City Thunder, LaMarcus Aldridge struggled on Saturday afternoon. He finished with just three points on 1-of-4 shooting, his lowest point total since December 2009.

Aldridge was passive some, passing the ball went wide open in the post or for the traditional pick-n-pop he loves so much. He did not attempt a field goal in the fourth quarter and had just attempt in the final seconds of the third.

While Aldridge was passive and some fans may put the blame on his shoulders, but some has to fall on his teammates. Aldridge had a mismatch in the post with Jason Tatum guarding him but never got the ball. DeMar DeRozan, who finished with 22 points, took over and missed an open Aldridge at the top of the key.

“We’ve got to do a better job of finding him,” Spurs guard Derrick White said.

So while yes, Aldridge needs to attempt the shots and not be passive, his teammates need to do a better job of recognizing and finding him in those situations. Things will go better for the Silver and Black if that happens.

One Spur which has not gotten a lot of playing time up to this point is DeMarre Carroll. That changed on Saturday night in the first half as he came up big for the Spurs as they attempt to cut the Boston deficit before halftime.

Carroll came off the bench in the second quarter and immediately made an impact. He went 2-for-2 from three-point land and was aggressive defensively. Pop just may use this game to reevaluate his rotations and Carroll should be a part of that moving forward if he can continue to play well in the minutes he’s given.

San Antonio struggled defensively in a big way on Saturday. The Celtics dominated the paint, outscoring the Spurs 60-30. Their length and athletism bothered the Silver and Black as Robert Williams swatted away a career-best six shots.

Boston’s defense saw the Spurs commit uncharacteristic turnovers, with Dejounte Murray passing the ball through traffic on two of his four giveaways. The Spurs were slow on their rotations as Boston got open three’s and got to the rim with ease.

“From start to finish to was too easy for them,” White said. “That’s one of the keys, to control the paint. Obviously we didn’t do that.”

The Spurs are now 5-4 on the season and will return to the court on Monday night when they welcome the Memphis Grizzlies to the AT&T Center at 7:30 p.m. for Tony Parker Jersey Retirement Night.