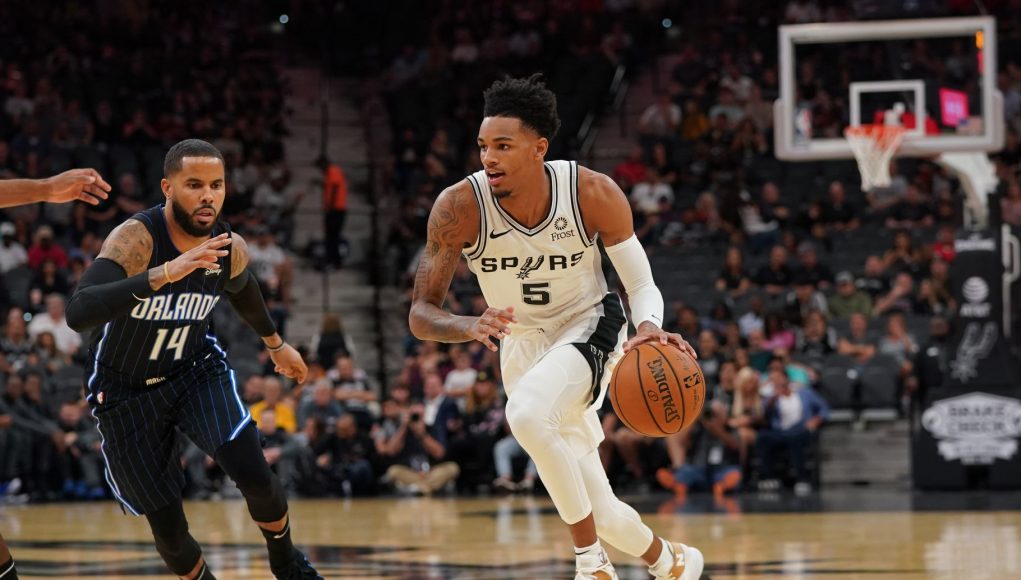 The San Antonio Spurs opened the preseason with a 125-89 loss to the Orlando Magic at the AT&T Center on Saturday night.

In case you missed it, here are three thoughts from the game.

Dejounte Murray made his long-awaited return to the court on Saturday after missing all of last season with an ACL injury. Right off the bat, Murray found LaMarcus Aldridge for a three-pointer to start the game. From there, it was smooth sailing for the point guard.

The 23-year-old showed his new ACL is just as good as his old one, scoring 11 points in 13 minutes. He showed off his speed and athletic ability as well as his new range. He pulled up from the top of the key for a jumper, hit his lone shot from beyond the arc, and sliced and diced his way to the rim.

Of course, it is only the preseason but Murray has been itching to play since he got hurt a year ago. And as they say, the best things are worth waiting for. Murray found that out in his return to the court on Saturday.

Coach Pop is going to have some tough decisions to make over the next two weeks. One of those is who should be in the starting five. Obviously, Aldridge and DeRozan are safe but what about the rest? Rudy Gay, Derrick White, Bryn Forbes?

Forbes must know his starting role is up in the air because, on Saturday, he played like a man who doesn’t want to give it up.

The former Michigan State Spartan lit up the Magic for a game-high 24 points on 9-for-13 shooting and went 5-for-6 from three-point land. He did all that in just 23 minutes of action.

Derrick White impressed everyone with his play over with Team USA this past summer but he struggled out of the gate on Saturday. He was cold from the floor, shooting 1-of-9 for three points as he came off the bench for Pop.

Like every preseason, Pop will experiment with different lineups and combinations until he finds the right fit. The results of these games don’t matter but what does matter is the coaching staff evaluating their players for the upcoming season.

The Spurs shot just 39 percent for the game and 44 percent from beyond the arc. The biggest issue with the Silver and Black on Saturday was their poor communication. They committed 24 turnovers and allowed Orlando to outscore them 41-17 in the third quarter.

Everyone knows it’s defense-first” with Pop, so expect some film sessions and extra drills on the defensive end the rest of the preseason and into the start of the regular season in just two weeks’ time.