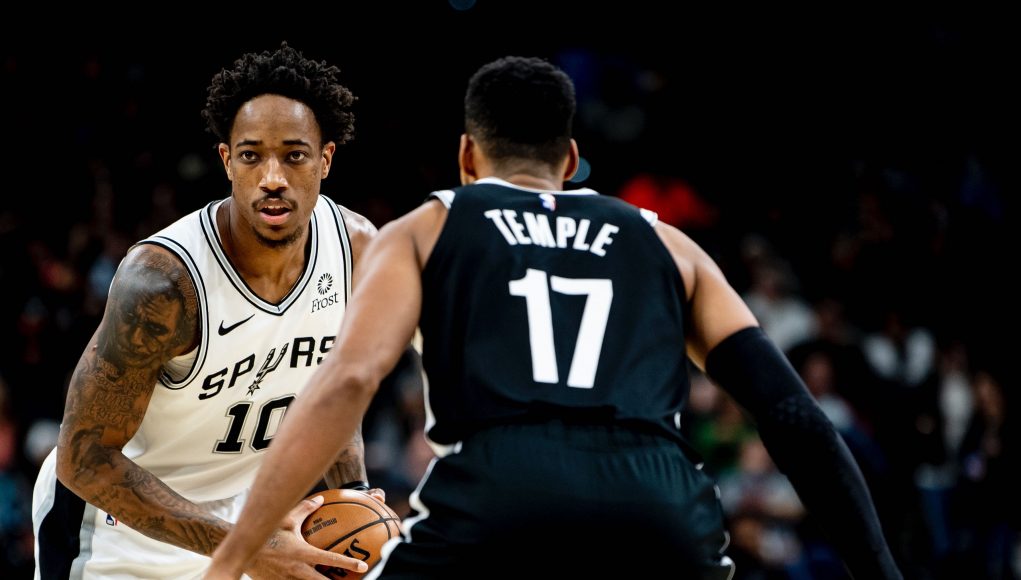 SAN ANTONIO – The San Antonio Spurs used a team effort and defeated the Brooklyn Nets (15-13) 118-105 at the AT&T Center on Thursday night.

The win is the fourth in the last seven games for the Spurs, who will have two more games before the Christmas break.

“Obviously you got to score but I thought we did a good job at moving the basketball,” Spurs Head Coach Gregg Popovich said. “They executed some things very well.”

The Aussie guard and fan-favorite guard is having his best season in a Spurs uniform and he stepped up for his team off the bench in San Antonio’s win on Thursday night.

Mills led the second unit with 27 points, including going 7-for-10 from 3-point range. He was aggressive in driving to the paint and hitting big shots when the Spurs needed it, including a quick five points to put San Antonio up 83-81 going into the fourth quarter.

“So it’s been a good last couple of weeks, we’re improving, we’re getting better,” Mills said.

San Antonio got a big game from LaMarcus Aldridge, who has been up and down the past few games. He looked to be engaged and active on both ends of the court, helping the Spurs rally from an early 12-2 deficit.

Aldridge finished with 20 points and 10 rebounds. He was playing the lob a lot in the game as he did his best to box out both Brooklyn big men Jarrett Allen and DeAndre Jordan for rebounds and quick buckets.

After struggling on both ends of the floor to begin the season and dealing with some nagging injuries, it seems the former Colorado Buffalo has finally found his footing.

White came off the bench and finished with 25 points, five rebounds, three assists, and three steals while shooting 83 percent from the floor. San Antonio will look to White to be a key factor for the team on a consistent basis if they want to climb up into the top eight in the Western Conference.