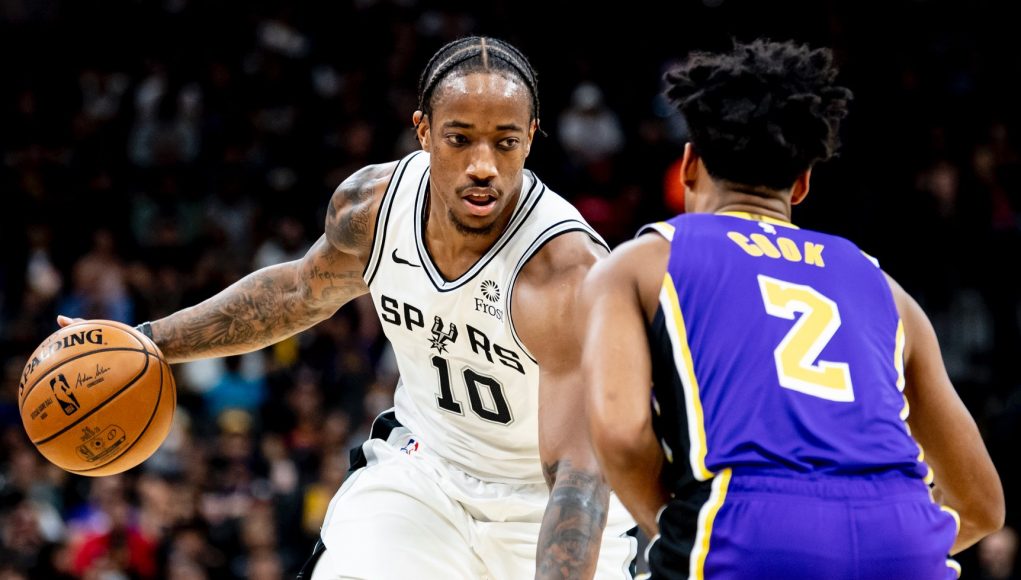 Despite a fourth-quarter surge, the San Antonio Spurs fell 103-96 to the Los Angeles Lakers (5-1) at the AT&T Center on Sunday night.

The loss is the first at home for San Antonio, who suffered their second loss in their last three games. The Spurs trailed by as many as 19 points in the third quarter before a furious fourth-quarter rally saw them tie the game.

“The Lakers are talented, aggressive, and they are a hell of a defensive team, but we are right there and hope got away from us,” Spurs head coach Gregg Popovich said. “Two three’s in-a-row and that was the killer down the stretch.”

Here’s what went good and bad on Sunday for the Spurs, as well as three standout players: Dejounte Murray, Derrick White, and Rudy Gay. 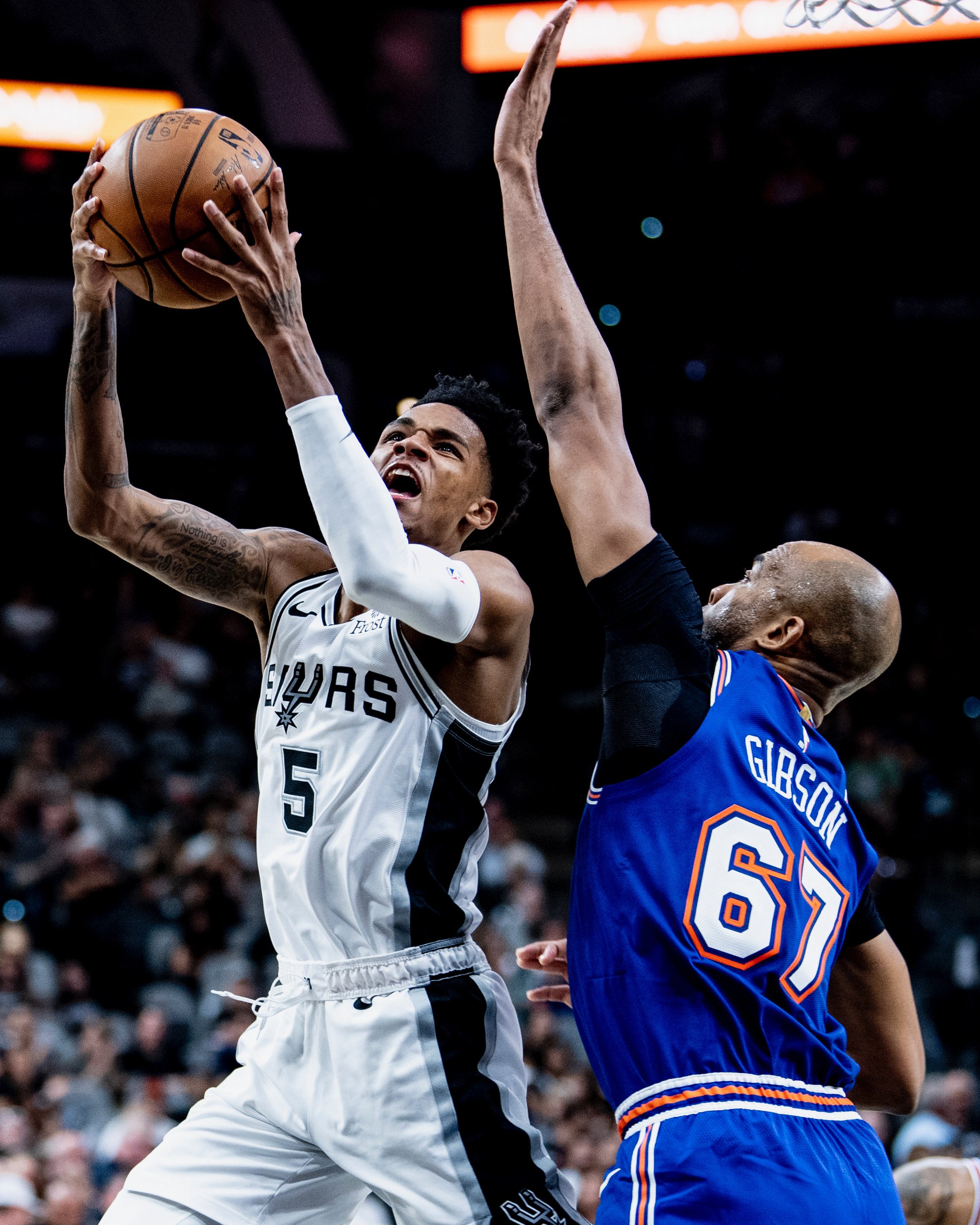 The Spurs got a big boost from their young point guard to fuel their comeback in the fourth quarter. Trailing by as many as 19 points in the second half, Murray lit the fire under his team and his teammates followed his lead.

Murray finished with 18 points and 11 rebounds, with 16 of those points coming in the fourth quarter. He got in the passing lanes on defense, blocked LeBron James at the rim, and came up big scored six straight points to bring the Spurs within four on two different occasions.

“He’s got speed, he’s aggressive and, at the same time, he’s trying to learn to run the show and find people and take good shots,” Spurs coach Gregg Popovich said.

The former Colorado guard played a key role in the Spurs’ rally. He and the Spurs suffered a scare when he went down hard after being fouled by Lakers center Dwight Howard. He left the game and went to the locker room, only to return later.

White finished with 12 points on the night. Despite getting knocked around, he remained aggressive as he attacked the basket on multiple occasions and helped bring the Spurs within two points of Los Angeles.

San Antonio had 40 bench points on Sunday night and a big part of that was because of Rudy Gay. After struggling the first few games of the season, the veteran forward seems to have found his footing.

Gay finished with 16 points, shooting 46 percent from the field. He went 3-for-7 from three-point land, attacked the rim, and had a key steal to help the Spurs tie the game up after being down 19.

“We made a run at them,” he said. “They’re a good team and they sustained it.”

The Spurs are now 4-2 on the season and will return to the court on Tuesday night when they travel to face the Atlanta Hawks (2-3) at State Farm Arena at 6:30 p.m.