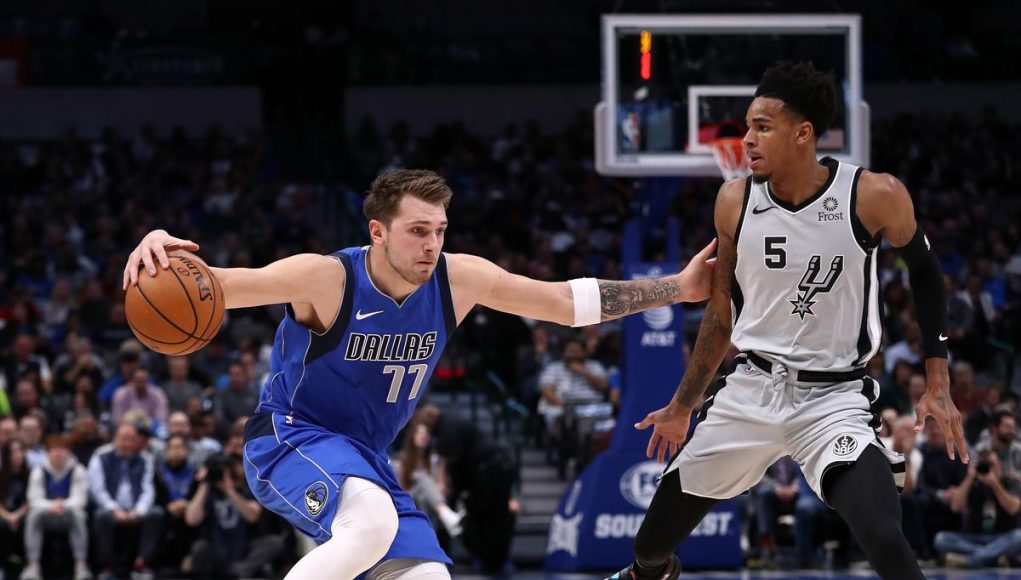 The San Antonio Spurs suffered their sixth straight loss, a 117-110 defeat to the Dallas Mavericks (8-5) at the AmericanAirlines Center on Monday night.

San Antonio dropped their sixth straight game and have not won since defeating the Oklahoma City Thunder on November 7.

“Well, we’re doing two things consistently,” Spurs Head Coach Gregg Popovich said. “We’re offering up 10 or 15 points in a game to start, getting in a hole and then we’re doing a great job of digging ourselves out and getting back into games”

Here are three thoughts from the game:

After losing six consecutive games and struggling on both ends of the floor, it is clear something needs to change. One veteran player that has proven himself in the limited minutes he’s had is DeMarre Carroll.

The veteran got his chance to earn more minutes on Monday night and he looks like he may have done just that. Carroll played eight minutes and scored three points, had three rebounds, and a steal. Above all, he defended well and San Antonio’s defense got better as a unit with him on the floor. There’s no denying Carroll would be a better sub off the bench than Marco Belinelli, who has struggled mightily to start the season.

With the Spurs on a six-game skid and a tough schedule coming up, throwing Carroll into the fire may not hurt. After all, what else can go wrong when you’ve lost six in a row?

If there is one bright spot in this losing streak for the Spurs, it is DeMar DeRozan. He’s been San Antonio’s most consistent player and he showed that by pouring in a season-high 36 points on 70 percent shooting in Monday’s loss. He added eight rebounds and four assists to his stat sheet.

However, DeMar will need help if the Spurs want to break out of this funk. LaMarcus Aldridge has proven himself to be inconsistent, Dejounte Murray is still on a minutes restriction, and Bryn Forbes still has his hot and cold nights. If San Antonio can find one or two guys to help DeRozan, this losing streak will be a thing of the past.

The Spurs are struggling to score at the point guard spot right now. Murray is on a minutes restriction, which limits his time to be productive on the court. When he doesn’t shoot the ball well, that’s a problem and it was that again on Monday. The 23-year-old scored just eight points on 4-of-11 shooting and had five rebounds.

Derrick White was nonexistent as he had just two points on the lone shot he took all game. Together, White and Murray totaled 10 points on 5-of-12 shooting. That’s not a combination that is going to win games but the bright spot is Patty Mills is having one of his better starts to a season in a long time. Let’s hope that rubs off on Murray and White sooner rather than later.

The Spurs are now 5-9 on the season and will return to the court on Wednesday night to face the Washington Wizards (3-8) at the Capital One Arena at 6 p.m.