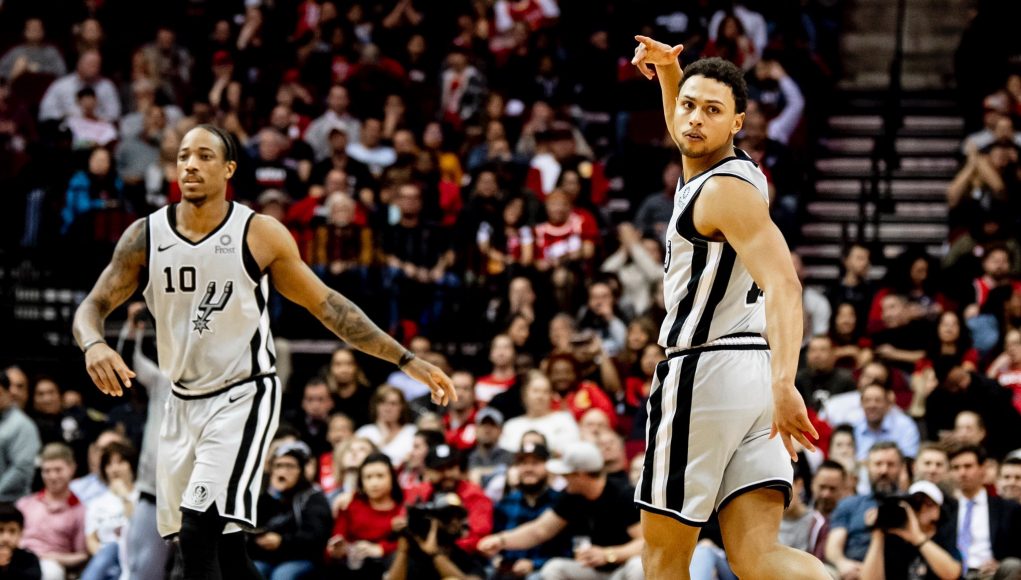 The San Antonio Spurs suffered a disastrous second-half collapse as the Houston Rockets (18-9) rallied from a 25-point deficit to earn the 109-107 victory at the Toyota Center on Monday night.

The loss is the second in the last five games for San Antonio, who did not play an overtime game for the first time since December 1.

“Some ways it’s like your worst nightmare to go up 20 quickly because you know the thing is going to turn to some degree,” Spurs Head Coach Gregg Popovich said. “So the way it was an even game down the stretch is pretty much what you’d expect most of the time.”

Here are three observations from the game:

It was a tale of two halves on Monday night in Houston. The Spurs played their best basketball of the season in the first half. Dejounte Murray’s confidence was at an all-time high as he slashed his way to the rim, played hard-nosed defense on James Harden, and had a few thunderous dunks.

Bryn Forbes was red-hot from three, finishing the game with 18 points and going 6-for-9 from deep. Meanwhile, LaMarcus Aldridge was engaged and active on both ends of the floor as he had 11 points in the first half.

The second half was a completely different story as San Antonio turned the ball over, let Russell Westbrook and Harden get to the basket with ease, and left several Rockets players open on the perimeter.

Pop’s odd rotations were one of the more confusing parts of that second-half meltdown. He went away from the things that got San Antonio the lead and as Houston made their comeback, he stuck with Rudy Gay, Bryn Forbes, and Marco Belinelli, benching Lonnie Walker IV.

Belinelli struggled as he 0-for-5 from the field and went 0-for-4 from three. Defensively, he let Daniel House Jr. get past him and right to the rim to give the Rockets the 99-97 lead with 5:05 left in regulation. Pop subbed Derrick White back in along with Murray late as White hit a corner three but the damage was done as the Spurs got into a five-point hole and couldn’t climb out.

The Spurs got some big minutes out of Trey Lyles, who once again got the start. He finished with eight points and four rebounds as he kept the defense honest and was aggressive in the post, standing his ground against Houston’s explosive guards.