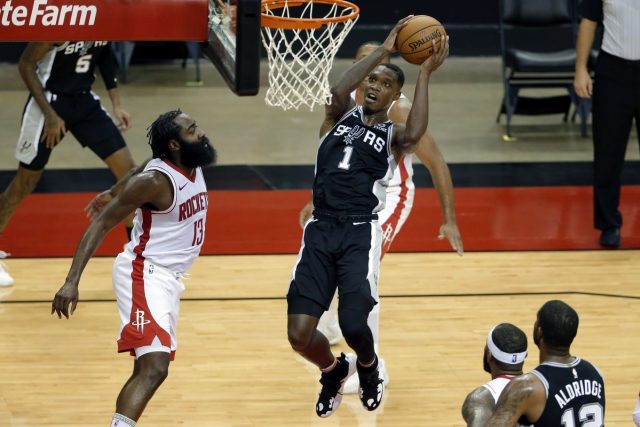 The San Antonio Spurs fell 128-106 to the Houston Rockets in their preseason finale at the Toyota Center on Thursday night as the Silver and Black finished 0-3 in the tune-up games prior to the start of the regular season next week.

Derrick White, Keldon Johnson, and Quinndary Weatherspoon all missed the game with injuries while Luka Samanic was out due to food poisoning. In this edition of The Wrap-Up, the following topics will be discussed.

With the preseason now in the books, Devin Vassell has been the most impressive. Thursday night saw him drop 18 points while shooting 62 percent from the floor and went 50 percent from three-point land.

Through three preseason games, the rookie from Florida State averaged 14 points and held his own on the defensive end, especially against Rockets All-Star guard James Harden.

“I’m really just trying to use my instincts,” Vassell said after Tuesday’s loss in Houston. “I’m reading, seeing where to go. I use my teammates to tell me where to go. At Florida State, we were always taught to leave our hands up.”

There’s no telling what the upcoming 2020-21 season will look like for the Spurs but if Vassell’s play in the preseason shows the future is bright beyond 2021.

San Antonio got a good game out of Dejounte Murray in Thursday’s preseason finale. Murray was aggressive with 17 points and 10 rebounds while shooting 41 percent from the floor. The negative was he went 0-for-4 from three-point range, something he said he’s been working on all offseason.

“I always have the eye for my teammates,” he said. “I’m a team guy. I can be greedy and get to the rim, get my shots off if they are there, but mainly I’m looking to find my teammates. I want my teammates to be able to say they love playing with me.”

Spurs Head Coach Gregg Popovich said after the game that he is looking for Murray to be more aggressive when the regular season tips off next week and hopes it will make him consistent.

“Being a little bit in attack mode toward the rim,” Popovich said.

One of the most surprising moments from the three preseason games was seeing the lack of impact from LaMarcus Aldridge. Thursday night saw Aldridge play his worst game of the three outings, scoring just six points on 25 percent shooting while grabbing five rebounds.

Aldridge’s play will be a massive key to the Spurs’ success in the 2020-21 season. Through the three games, he’s averaged just 10.6 points per game while going 4-for-19 from three-point range.

It is safe to say Aldridge has not been on his game thus far but the Spurs will need his play to be better once things tip-off for real on Wednesday night.