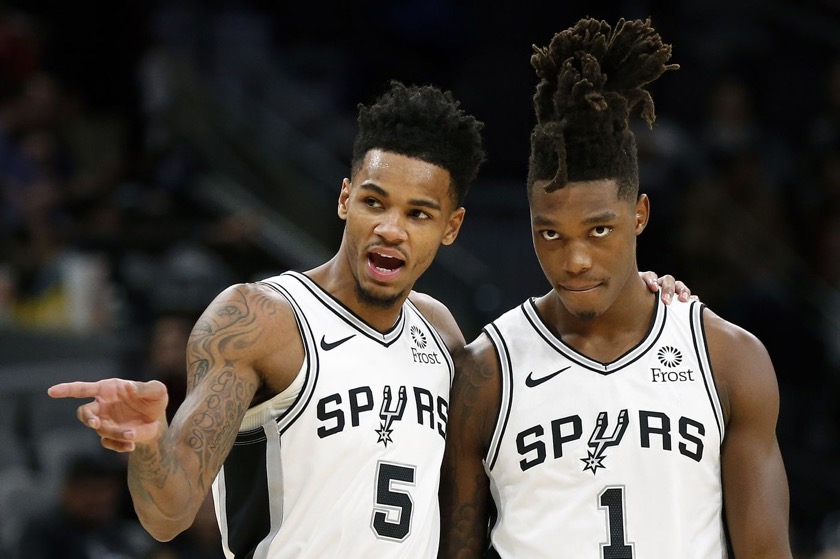 Friday the San Antonio Spurs released the first half of their regular season schedule and Dejounte Murray and Trey Lyles spoke with the media. We’ll cover two topics in this Friday’s Wrap-Up:

Spurs guard Dejounte Murray was asked about what he thought the team learned in changing their style in the eight game bubble during the summer, when they went to a faster pace on offense with smaller lineups, which allowed for more speed and versatility to be provided on the defensive end.

“I kind of knew,” said Murray of the potential with playing more of the young guys in lineups. “When we were in here playing against each other, going at each other, and like I said before, we like each other off the floor a lot. Everybody’s got their own relationships but it all equals to one and we all want the same goal as far as a team and what I learned though is that if we go out and play together and everybody gets to just touch the ball, it makes you want to go to war for your teammate on the defensive end. So, if somebody beats one of your teammates, you’re ready to step up and have his back, whether it’s blocking a shot or beating somebody to the spot. So, you know it’s all about playing together and having fun. It might be your night, it might be his night, whoever it is, but at the end of the day, we want to win, we want to get back to the playoffs. This ain’t Spurs basketball sitting out the playoffs.”

During bubble play, this was evident, as the team started Murray, Derrick White, Lonnie Walker IV, DeMar DeRozan, and Jakob Poeltl. With just one big and more guards/wings, the Spurs had multiple players who could attack the defense and they didn’t have to solely rely on DeRozan to be their play creator on offense in the halfcourt with LaMarcus Aldridge out for bubble play.

With more heavy wing lineups and also Keldon Johnson, Rudy Gay, and Drew Eubanks off the bench, the Spurs improved defensively as well in the bubble.

Now that the new season is approaching, the Spurs will have to add Aldridge and Lyles to the new style of play for a whole season.

“The bubble, it was eight games, as you guys all know, NBA’s a long season, you know, we showed what we’re capable of as far as eight games coming together. And like I said, everybody’s just playing together – everybody touching the ball,” said Murray. “You might score 20 tonight or he might score 10 or he might score 30, whatever, at the end of the day we have the same goal as in the bubble – like it’s going to be your night, his night, his night, let’s go defend, play together, try to get as many wins and get better. That was the whole point of that, to get better and try to get a playoff spot. So adding guys in like LA (LaMarcus Aldridge), we’re excited to have him back. Just his presence alone and as long as he gets on board with us and he’s ready to do what we were doing in the bubble, then I feel like we’ll be just fine.”

Aldridge and Spurs Head Coach Gregg Popovich have also said this week that Aldridge will be taking more 3-pointers this season to fit right in with the new quicker spread-out attack.

Something to watch is how much of the old offense Aldridge provided pops up in this new format, such as the pick-and-pop mid-range jumpers, or the post-up attempts in the halfcourt.

Murray was asked what exactly changed on offense in the bubble, and he said the new faster tempo meant the team didn’t have to rely on a lot of halfcourt play calls.

“We still had a lot of play calls when coach wanted play calls, but Pop, he’s just like, he’s going to let everybody loose and that’s not Pop, you know Pop is usually having the same team, adding a couple of young guys or a new guy and so you’ve got to take your hat off and salute Coach Pop as well because for him to see that and be able to do that, that was great just for everybody and he puts confidence from the young guys to the old guys and like I said, it was great for all.”

Lastly, Murray also commented on how DeRozan and Gay both adjusted to the new style as well in the bubble.

“To see them come to the bubble and just adjust to the young guys, you know, they’re like, we’ve got some young guys here who can play, so we’re going to adjust and at the same time when we needed DeMar to take over, he was ready to take over.”

“When we needed Rudy to be ‘Rudy,’ Rudy was ‘Rudy.’ At the end of the day it’s basketball, believe in your teammates. And they believed in the young guys and you’ve seen good results.”

The Spurs will now begin the new season with this faster attack on offense, and they’ll have to continue to adjust for the moment with White and Johnson both out with injuries to start training camp.

First Half of Schedule Released

The Spurs released the first 37 games of their regular season schedule Friday. 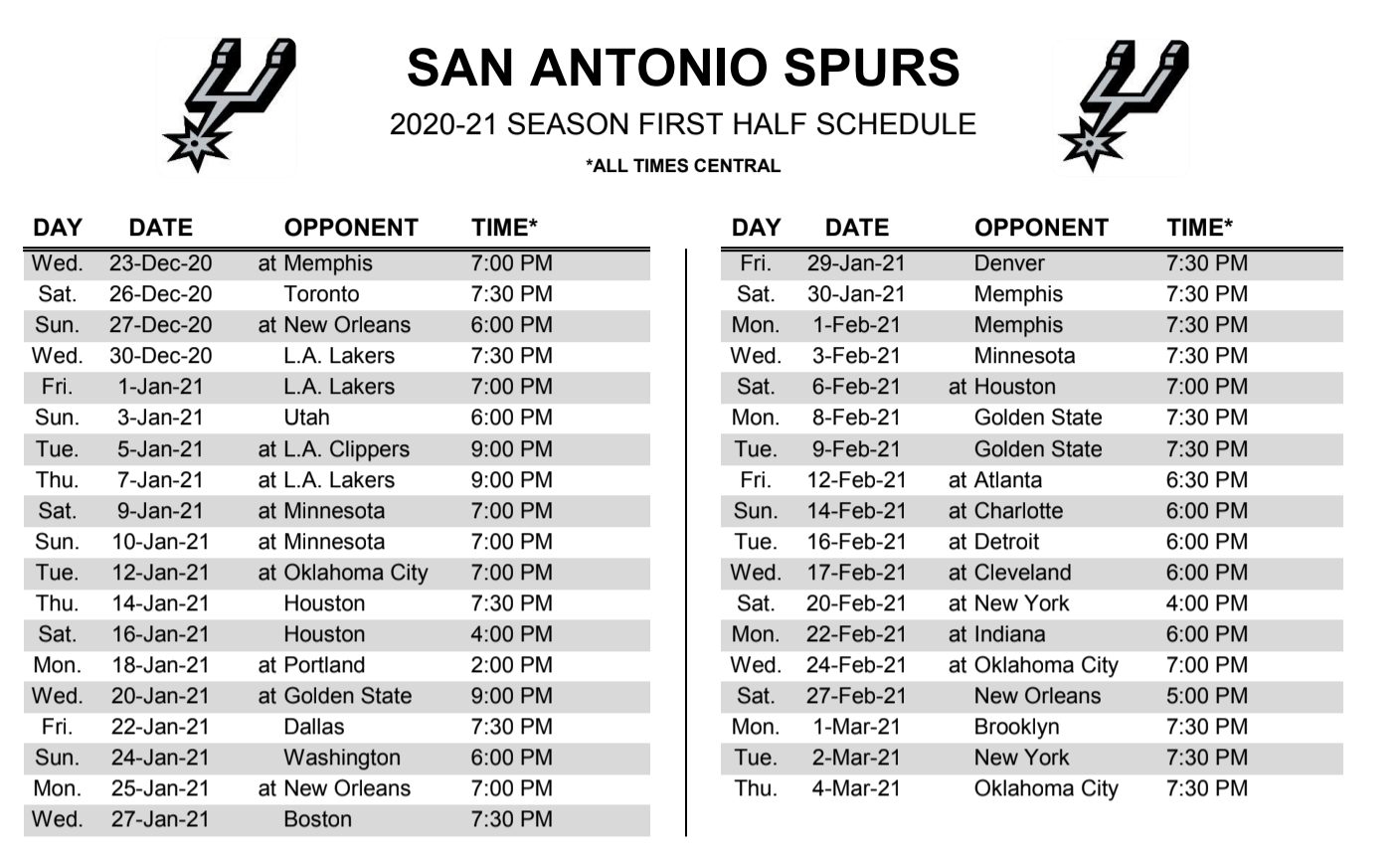 According to the team, they’re targeting January 1 against the Lakers as the first game to allow a limited number of fans back into the arena, pending public health data and guidelines.

Here are some notes on the schedule:

The broadcast schedule for where games can be viewed will be released at a later date.