We here at Project Spurs agree with Spurs fans that the Spurs scouting department tends to focus on talent overseas.  So we took it upon ourselves to search the U.S. for a player who can make an immediate impact.

With training camp underway and the Spurs evaluating talent for this upcoming NBA season, we here at Project Spurs would like to make the case for the Spurs to sign this baller from Idaho.  I mean just look at those ball handling skills he is displaying in his picture and don’t let his friendly smile fool you.  He has a clenched fist which means he is ready to fight and will bring toughness to the Spurs. 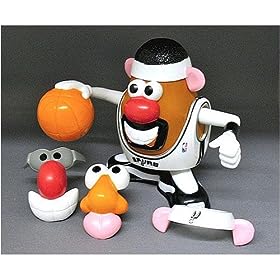 So without further delay, here are some reason the Spurs need to sign this guy!

With any luck we will see this guy lighting it up for the Spurs this season.  Anything else about this Spurs prospect we missed?  Leave us a comment.

(Special thanks to John from Redsarmy.com for contributing to this post.  For all your Boston Celtics news visit Redsarmy.)