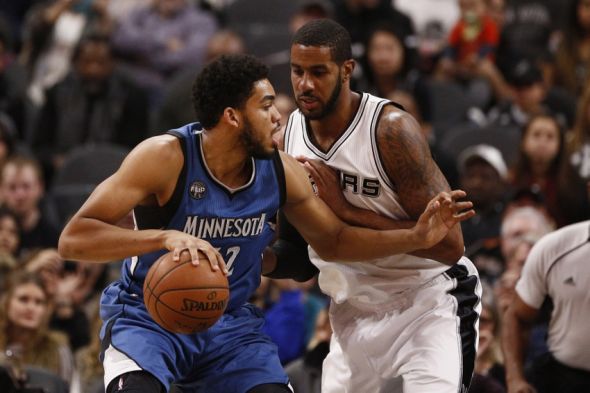 With the NBA season coming to a close on Wednesday for most teams, collections of data can now be gathered and analyzed with less than a handful of games remaining for certain teams. For the San Antonio Spurs, they’ll conclude their final week of the season Monday in Portland and then Wednesday in Utah.

In evaluating some data the Spurs have collected over the season through 80 games, I wanted to revisit a piece I wrote back on January 8, which detailed how despite an increase in scoring league wide, the Spurs have still been able to hold their opponents below 100 points in a game more times than allowing the opposite from their opponents.

With two games left in their season, the Spurs are going to finish holding more teams below 100 points in a game, rather than allowing over 100 points, regardless if they give up over 100 Monday and Wednesday. Here are some of the collected metrics on the Spurs’ defense through 80 games.

Why do these numbers matter? They paint a picture and provide a projection of how San Antonio finds its success defensively. You can see from the chart below that the more times the Spurs hold their opponents below 100 points in a game, their chances increase to win that game. Whereas, when San Antonio starts allowing teams to score over 100, it greatly decreases their odds of finding success.

Overall, the NBA has seen a scoring boom this season, and only the Spurs and Utah Jazz are able to hold teams below 100 points in an average game each night. Looking back at how defenses were able to contain teams, in 2015, 15 defenses were able to hold their opponent below 100 points per game. Last season, only six could hold opposing teams to less than 100 points per game. As written above, today that feat is only pulled off by the Spurs and Jazz.

Part of why the Spurs and Jazz are still able to hold opposing teams below 100 points in a game is because of the pace each team plays at in games. The Jazz play at the slowest pace in the league (93.60 possessions per 48 minutes). Meanwhile, the Spurs aren’t too far off, as they’re only putting together 96.48 possessions per 48 minutes, which ranks 27th in the NBA in pace.

In a recent podcast on Yahoo! Sports’ the Vertical, hosted by Adrian Wojnarowski, Jazz General Manager Dennis Lindsey (who used to work in the Spurs’ front office) revealed that the slow pace for Utah was built by design. Lindsey explained that when the Jazz were constructing which type of offense they wanted to have, they were looking for an offense similar to the pace of a playoff series, where the game gets much slower and possessions become less, yet more important as the clock ticks through a game.

So, by playing a slower pace, the Spurs and Jazz have both put themselves in a position to keep games with scoring ranges below 100 points. For San Antonio, their ultimate test will more-so come down to whether their offense can match their defense and outscore their opponent, as the Spurs’ offense has dropped to 7th in the NBA (108.9 points per 100 possessions). With a slower pace and the best defense in the NBA through 80 games (100.8 points per 100 possessions), the Spurs have built a game-plan equipped for the playoffs. Will this strategy prove to be successful? Only the playoff games coming soon will hold those answers.