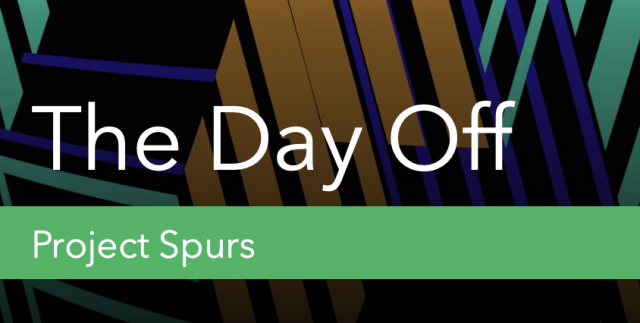 Through 20 games of the season, the San Antonio Spurs find themselves with an 11-9 record after a loss to the Memphis Grizzlies Saturday evening.

Here’s a few topics we’ll be exploring in this edition of the Day Off:

After struggling to knockdown his three point shot for most of the season, LaMarcus Aldridge has picked up his accuracy to 34.9% from three on his 3.7 attempts per game.

Using the pick-and-pop or stationing himself outside beyond the arc, Aldridge is seeing a team high (among rotation players) 65% of his threes being left wide open. He’s now making 39% of his wide open 3s. If he starts making over 40% of his wide open 3s, defenses may change their approach and start to challenge more of those looks going forward.

The mid-range shot is still Aldridge’s go-to shot and he’s continuing to shoot well from the non-paint two. 46% of Aldridge’s shots come from mid-range, where he’s knocking down 55% of those looks. 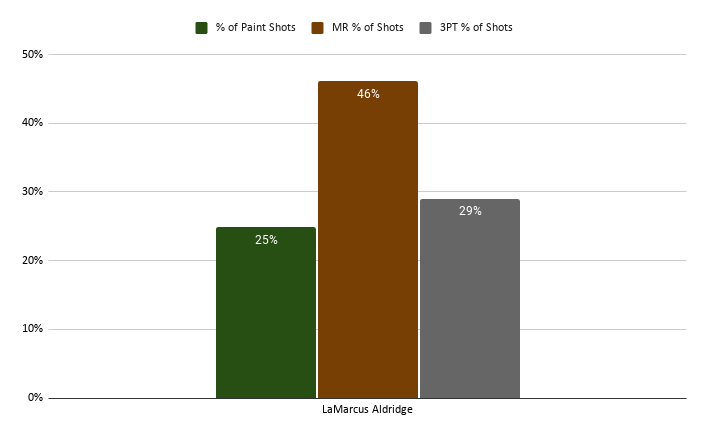 After the mid-range, Aldridge looks for the three ball, where 29% of his shots come from. His last shot he goes to is in the paint, where just 25% of his shots are coming from.

In his return game Saturday, Derrick White led the Spurs in scoring with 18 points. He demonstrated how he’ll be helping the Spurs to improve from their 17th ranking in offense by providing more support on offense in the areas of getting to the free throw line, scoring in the paint, and knocking down outside shots.

It’ll be interesting to see what the team defensive numbers look like after 10-15 games of White being back and where White ranks on the team in different offensive and defensive categories.

Keep an Eye on the Turnovers

All three of those numbers pass their season average of 11 turnovers per game. The impact is the Spurs have seen two of those three opponents score the most points off turnovers among any Spurs opponent.

The Grizzlies scored 24 points off turnovers (a Spurs opponent season high), the Nuggets 19 points, and the Celtics 22 points.

Overall, the Spurs are still the best team in the league with ball security, but keep an eye to see if they can get a handle on their turnovers in the upcoming games.

In their two games against the Grizzlies, Memphis has caused some trouble for the Spurs’ defense near the rim and from beyond the arc. 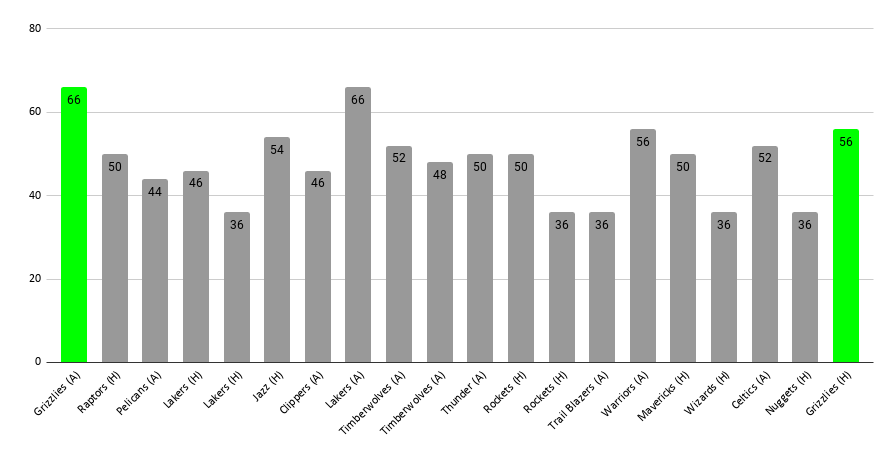 Ja Morant is major factor there with his dribble penetration ability either 1-on-1 or off pick-and-roll action. When Morant gets inside the paint, he’s able to finish with crafty layups and floaters, or kick the ball out to open shooters from three.

The Grizzlies have also generated the biggest percentage of wide open threes among any Spurs opponent. In the first game of the season, 89% of Memphis’ threes were wide open.

In the second game Saturday, 77% of Memphis’ threes were wide open.

Monday the Spurs can see if they can make the adjustments to improve these two areas on defense.

All stats via NBA.com/stats