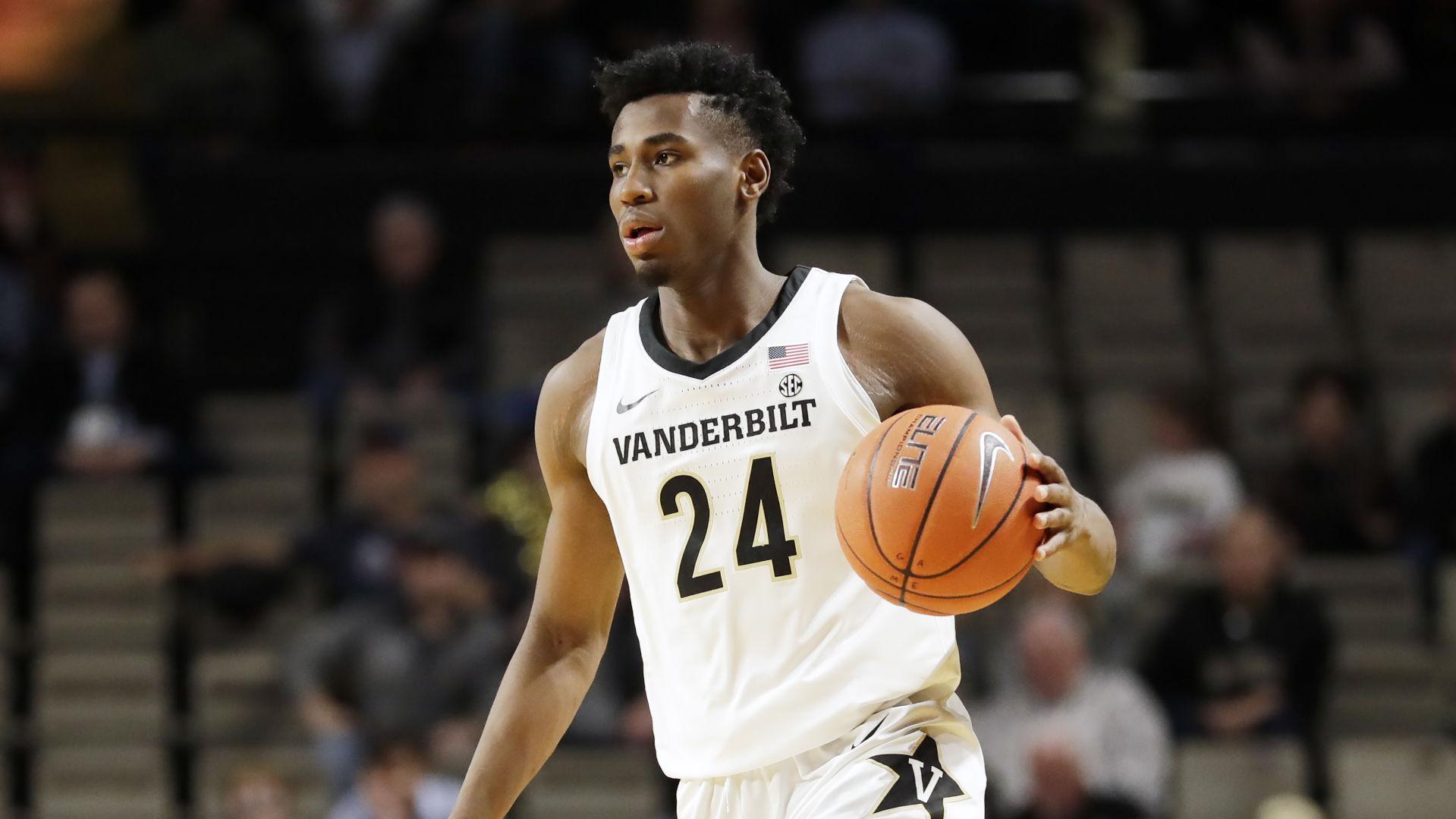 We all know by now that the Spurs should be targeting some forwards in this draft. However, if they decide to go a different route, their next biggest need is in the shooting department. Here are the best three-point shooters in this draft taking into consideration their shooting percentage as well as volume (at least five attempts per game).

The Marquette senior was one of the best players in the country this past season. His biggest flaw is that he’s too short — 5-foot-11 to be exact. He can create his own shot and get to the rim almost at will. This season alone he scored 30 or more points in 15 games, including the last five games of the season. He attempted 10 triples per game and made 41.2% of them.

Howard is excellent at creating his own shot and got it with a variety of different dribble moves. He also used screens efficiently and got all those buckets despite being the main focus of every defense he faced. He would be available in the second round.

We’ve written quite a bit about Saddiq Bey here and so he appears one more time. Bey not only shoots it from deep well, but he is also comfortable and efficient in the mid-range. His overall shooting percentage this season was 47.7% and he shot 45.1% from deep on the season. He can shoot off screens and create a little bit of his own shot. He will be a first round pick.

We’ve discussed at length how the 6-foot-6 Nesmith is a professional shooter. He shot a blistering 52.2% from long distance while attempting about eight of those shots a game. His season was cut short because of a foot injury. Given that he’s had plenty of time to heal and rehab from it by now, he should be good to go as soon as the next season moves forward. He will be a lottery pick this year.

The TCU senior and 6-foot-6 guard was a regular sniper from beyond the arc this past season. On 6.5 attempts a game, he made 44.2% of them and the threat of his jumper set up his drives as well. He’s a strong player who should be able to create step back opportunities with guys bouncing off him. We will dive more into his game in a future prospect watch. He is a likely second-round pick, but could slide into the first for the right team.

The Utah State senior has one desirable trait about his game and it’s that he’s able to just flat out shoot. The 6-foot-5 Aggie shot 41% on 6.8 attempts a game from deep. He was 93rd percentile in spot-up situations and 80th percentile on guarded shots (h/t Forbes). He would strictly be a spot-up threat in the NBA, but a darn fine one at that. He is a likely second-round pick.