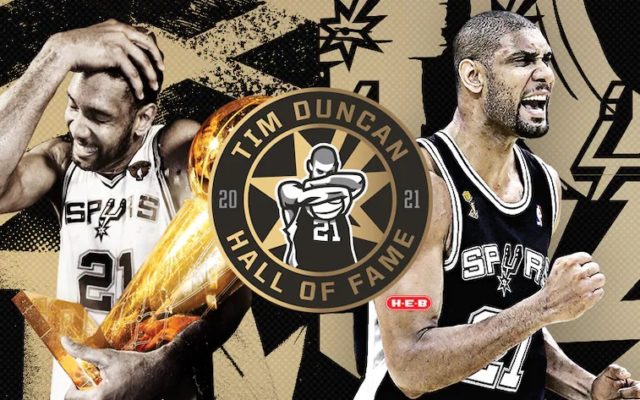 The name echoes all of San Antonio and if someone mentions the San Antonio Spurs it’s likely his name or the Big 3 are brought up first.

My earliest memory of Duncan was in the 2003 NBA Finals where they were going up against the former New Jersey Nets and now Brooklyn Nets and Duncan was having his way on both ends of the court.

I mean for goodness sake this man had a near quadruple-double to clinch the franchise’s second title and as a kid, it was challenging to learn basketball in-depth, but Duncan was the main reason why I fell in love with the Spurs, studied more of the game and consider him my childhood hero.

There was no meet-and-greet or photo op I ever got with Duncan growing up that I can share with people or for this story, but being able to watch him and the Big 3 was the best gift I could have.

I remember as a kid there were moments when I would try to duplicate his signature bank shot in my backyard and I felt like he was a wizard because it felt near impossible to consistently make it.

Who knows if I can even make it consistently now….

Along with other fans, I was lucky and blessed to witness greatness from the 2000-2010 era Spurs teams and if there was a way to travel back in time to relive it in real-time, you would catch me first in line.

When Duncan said his sayonara with a simple wave I remember being in denial that it was his time to hang up the jersey because he was my hero and I always felt he could play forever and watching the Spurs without him on the court would be different.

However, I had to accept that it was his time and a new era was coming along with the youth-infused squad, but all the memories he brought me was something I could cherish forever.

When I saw him get inducted this past weekend with David Robinson, Pop, Tony, and Manu all in attendance, it gave me nostalgia and made me shed a tear because my childhood flashed before my eyes.

Furthermore, I just wanna say thank you Tim for being my childhood hero and being the reason why I fell in love with the Spurs and it was always a blast to watch you kill opposing teams in a quiet manner.

The passion and love for the game is something I use as motivation to push me towards my goals and seeing you rock the dreads is awesome. I hope you continue giving buckets out at practice and teaching the future Spurs stars, but most importantly just know you’re always considered the G.O.A.T PF to me.