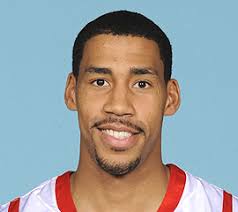 last season, the Spurs signed Garrett Temple out of the D-League’s Rio Grande Valley Vipers, to a 10-day contract to help fill the void at the point guard position.

Many Spurs fans were left scratching their heads as to who was Temple and did he have what it takes to step in for players such as Parker and Hill? Those questions were answered immediately when Hill suffered a late season injury and Temple got his first NBA start against the Sacramento Kings.

Stepping in for Hill, Temple poured in 15 points, 4 assist, and 3 rebounds, in 27 minutes of play against the Kings helping the Spurs secure the win. Even after that great performance, he showed what really mattered, the team, “The biggest thing honestly is that we get the win no matter if I had two points, seven turnovers. As long as we won the game, that’s the big thing.”

In all, he played a total of 13 regular season games and averaged 6.2 points, shot 43.8 from the field in 14.8 minutes per game. Not bad for someone who has been bounced around in the NBA playing for the Kings, Houston Rockets and been in D-League. Not to mention producing for a championship team like the Spurs late in the season when the team was making a playoff push.

While I was at the 2010 NBA Summer League I caught up with Temple to get his thoughts on his goals for the upcoming season and much more.

“Get healthy and learn as much as I can from the coaching staff. To get back in shape and just stay confident and do whatever they need me to do to be a part of the team next year,” said Temple on his immediate goals for the summer.

However, in Las Vegas, Temple suffered an ankle injury which would end his summer league run and ultimately leave him in a cast and crutches. Obviously he was upset about the injury but he has his sights trained on what he needs to improve upon next season and speaking to him, I can sense he is ready to prove last season’s performance was no fluke.

With that, I asked him if there is anything else he wants to focus on in the offseason, “To be more comfortable at the point guard position. Learn to play the point guard more. Maybe learn the two a little more,” said Temple, “Become a combo guy. Be a guy that can guard the point and the two slot and just go out there and be a guy they (Spurs) can really count on to do the little things.”

Temple talked a lot about improving his game. Good thing for him he has the fortune to learn from two great NBA guards like Parker and Hill. He recognizes those two players as valuable assets to his growth but there is one person who still chimes in to help him and that’s his father, and former Spur, Collis Temple Jr., “He does give me daily advice. It’s great to have a guy like that who has done it before. He is really behind me.”

Even though Temple has shown he can play in the NBA, I came away with the feeling he is humble and modest about his accomplishments. He has worked every day to get into the position he is in now with the Spurs and he is taking full advantage.

As for his injury, Temple told me it is progressing, he is going to rehabilitation and following doctor’s orders. He is determined to get back on the court as soon as possible.

It this determination combined with his drive, desire to improve, and workman like approach which has won over Spurs fans but more importantly, has won over Spurs’ coach Gregg Popovich who once jokingly said, “Garrett what’s his name?” to now becoming his new favorite player.

I doubt Spurs fan are left scratching their heads now about Temple anymore.