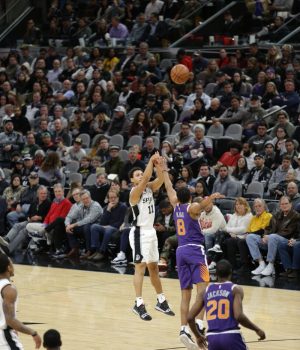 SAN ANTONIO – A total team effort saw the San Antonio Spurs roll to a commanding 111-86 victory over the Phoenix Suns (4-24) at the AT&T Center on Tuesday night.

The win was the third straight for San Antonio, who got revenge for a double-digit loss in Phoenix a few weeks ago. The Spurs have won four of their last five games and have three games remaining on their current homestand.

Here is what went good for the Spurs, as well as three standout players: Bryn Forbes, LaMarcus Aldridge, and Dante Cunningham.

The guard was on fire from the first shot of the game and provided the spark for San Antonio right from the word go.

Forbes finished with season-best 24 points, shooting 57 percent from the field and hit all five of his three-point attempts. He added a career-high 11 rebounds to the stat sheet as he continues to show his massive improvement and growth while giving fans a preview of what he can be.

Coach Gregg Popovich and Forbes’ teammates will hope he continues to improve and play at a high level as the season rolls into 2019.

The forward has been building up a rhythm into the second quarter and he did that once again on Tuesday night to help the Spurs claim victory for the third straight outing.

Aldridge finished with 18 points and five rebounds, a rather quiet night for the All-Star big man but still came up with big shots when called open from both inside and outside of the paint. 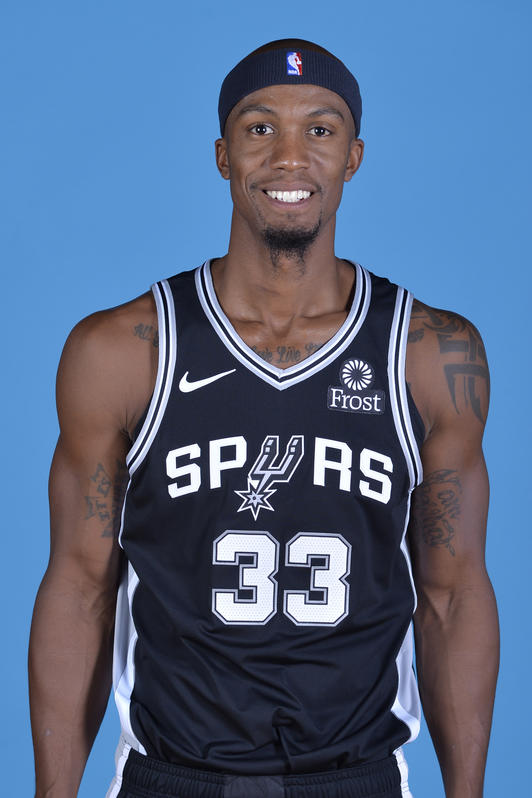 After missing the past two games with an abdominal strain, Dante Cunningham returned to the lineup on Tuesday and made some key contributions off the bench.

Cunningham finished with 14 points on 71 percent shooting and also made big contributions on the defensive end. It seems not to matter if he is starting or coming off the bench, the veteran understands his role within the team.

The Spurs are now 14-14 on the season and will return to the court on Thursday when they welcome the LA Clippers (17-9) to the AT&T Center at 7 pm Central Time.