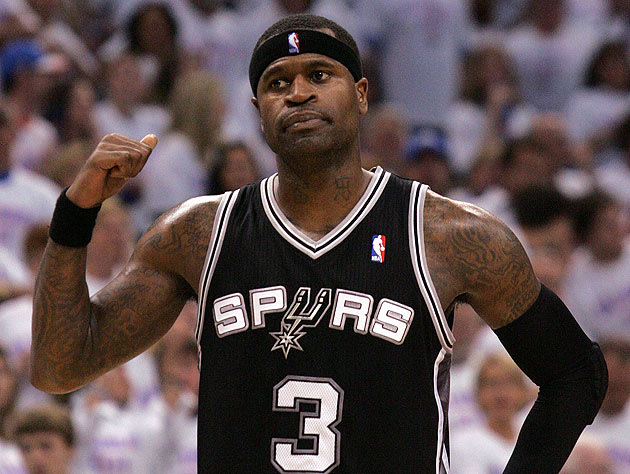 Stephen Jackson and the San Antonio Spurs knew they were in for a tough game in the first meeting of the season against the Los Angeles Clippers. They knew the Clippers, although hobbled with injuries last year, were embarrassed of being swept from the playoffs by them.

In a post game interview, after the Spurs handed a loss to the Denver Nuggets, Jackson said tonight's game against the Clippers is going to be good but will be looking for a measure of revenge.
"Beat them. We owe them. It's going to be a big game for us," said Jackson. "You know, they were all hyped about that game because we swept them and they still have the dust pan in the arena. They were kind of hot about that and they played like it. It's a different team there now with Jamal Crawford now. We got a good game on our hands."
The Clippers were motivated to get redemption early on and the Spurs knew it. With their offseason acquisition of Crawford, this team is more dangerous than last year's team at full strength. He is still one of the league's potent scorers, currently leading the team in scoring (20.7ppg) while coming off the bench.
The November 7th meeting had to be one of the hardest games that Spurs head coach Gregg Popovich had to coach so far. He was not only facing a team that wanted to hand out a knockout punch in the first meeting of the season, but also had to deal with adjustments his opponents made to his Spurs from last year's matchup.
There's no way he would have known how Clippers head coach Vinny Del Negro would adjust on offense and defense this year or how he'd utilize his new 6th man against his team, which is relatively the same as last year's aside from losing James Anderson and adding Nando De Colo. This was an important game, but it also came as a learning experience for Coach Pop.
There's a full game's worth of video to examine from that night and to find what his team could do differently.
What's more important for the Spurs is there's no excuses for the next game and they know it, even with starting small forward Kawhi Leonard out. The Spurs are the ones coming in embarrassed in this game and are determined to land the next punch.
Jackson's words at the beginning of the interview sum up how the Spurs are viewing the second of four rounds: “Beat them. We owe them. It's going to be a big game for us.”
The Spurs seem to be ready, will the Clippers be?