The NFL opened its first preseason slate in two years with the return of the Hall of Fame Game in Canton, Ohio with the Pittsburgh Steelers earning a 16-3 victory over the Dallas Cowboys on Thursday night.

The league canceled all preseason games in 2020 due to the coronavirus pandemic, so fans returning to the stadium was a welcomed sight for everyone involved. It is preseason after all, so fans were treated to sloppy play and changing lineups.

Dallas scored their lone points of the game in the first quarter on a 37-yard field goal from Hunter Niswander.

The second half saw three consecutive field goals by the Steelers to take the lead. The lone touchdown of the game came in the fourth quarter when Josh Dobbs connected with a 5-yard pass to Tyler Simmons for the score.

Dallas left 16 key players in California with the coaching staff wanting to get a look at other players to decide who to cut before the start of the regular season.

“This is more about building with what we accomplished,” Cowboys head coach Mike McCarthy said. “There’s definitely a lot of work to do. We need to play better complementary football. The (defensive) operation for the first time out, I felt good about it. We’ve got a lot more to offer.”

The Cowboys are 0-1 in preseason play and will return to the field on August 13 against the Arizona Cardinals. 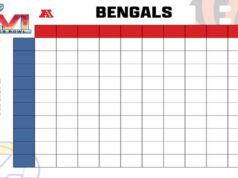 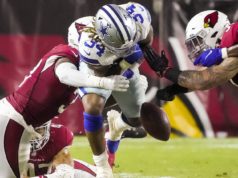