The Austin Toros gave a spirited effort, but came up short 89-85 against the 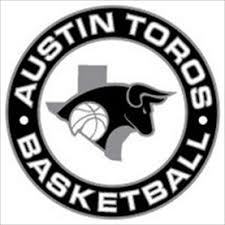 “They made their shots in the paint and we missed ours right there at the end,” head coach Brad Jones said. “I thought it was a good game. We couldn’t make shots; we shot 37 percent from the field. Some of that was our doing, some was we just weren’t in a very good rhythm offensively.”

The Toros came in knowing they would make the playoffs if they won the rest of their games. The Idaho Stampede had a lot to play for also, as only half a game separated the two teams.

All of that was put into perspective very quickly in the second quarter though. With 9:38 remaining in the half, Lance Thomas had a seizure on the court after going up for a rebound and getting hit in the head.

The Cedar Park Center was silent as medical personnel put him on a stretcher and wheeled Thomas off the court. Thomas lifted his head and appeared alert as he left.

“Obviously it was a very, very scary thing,” Jones said. “I’ve been around people that have had seizures before and none of them are ever nice to be around. That one, just the way it happened, such a big, strong young athlete, that was scary. The good news is he is at the hospital and he’s fully aware now.”

The 6-8 rookie forward out of Duke does not have a history of seizures, according to Jones.

Thomas got the Toros on the board with a mid-range jump shot on Austin’s first possession. That two-point lead would be their biggest of the first half though.

Stampede guard Cedric Jackson got to the rim early and often. He had 17 of his game-high 25 in the first half.

Early in the second quarter, right before the Thomas injury, Jackson drove for a layup and was fouled. The three-point play gave the Stampede its biggest lead at the time, 29-17.

All too often missed Toros shots turned into fast break buckets for Idaho. After the Toros climbed back into it at 37-38, they went cold from the field and the Stampede capitalized on the long rebounds by running the floor and scoring in transition.

Idaho closed the half on an 11-2 run. Austin shot just 31.8 percent in the first two quarters.

Leo Lyons, the Toros’ engine on offense as of late, did not score in his 17 first-half minutes, missing all four of his shot attempts.

Antoine Walker began the third quarter by hitting a three pointer as the Stampede went up 52 to 39. The Toros then went on a 7-0 run to make it 52 to 46.

Aubrey Coleman had four straight points: he got a steal and finished with a crowd-roaring dunk, then came off and hit a pull up jumper.

The Toros drew within one point with one minute remaining as they trailed 63 to 64; they followed by allowing Stampede forward Carlos Wheeler to convert an and-1 opportunity.

At the end of the third quarter, the Toros trailed the Stampede 65 to 66, they were led by Lyons who bounced back with 11 points in the quarter.

The Stampede went on an 8-0 run shortly after. With the Toros down by five points midway through the fourth, they turned to Lyons and Aubrey Coleman to make up the deficit. Marcus Cousin put an exclamation point on the Toros’ comeback with a slam dunk to tie the game 80-80 with 3:17 left in the game.

Both teams went back and forth, but the Toros missed their shots and the Stampede made their final two buckets with time running out.

Lyons and Palmer led the Toros with 15 points apiece while former Spur Cedric Jackson led the Stampede with 25 points. Antoine Walker chipped in with 18.

The Toros will play the Stampeded again at 5 p.m. tomorrow.