The Spurs in their last four games

The San Antonio Spurs were underdogs in all four of their last four games, but by the time the four games were completed, the Spurs finished with a 3-1 record. The Spurs ended their 11-game losing streak with a win over the Houston Rockets, then they went on the road and defeated the Heat in Miami, followed by a home win against the Cleveland Cavaliers.

Being on a 3-game win streak going into Wednesday, the Spurs were without both Jakob Poeltl and Zach Collins against the Portland Trail Blazers. The Spurs struggled defensively against Portland and their 3-game win streak was snapped.

The Spurs are now 9-19 through 28 games, with the 29th-ranked offense and 30th-ranked defense.

With December 15 arriving Thursday, 74 players who signed free-agent deals across the NBA are eligible to be traded. This means trade rumors and activity will likely start being mentioned more frequently until the February trade deadline.

Jakob Poeltl’s name came up in a recent Yahoo! Sports article. Other players to watch in trade rumors going forward are Josh Richardson and Doug McDermott.

After struggling with his outside shot toward the end of November, Keldon Johnson has made a new decision in his shot selection by attacking more often.

Through six December games, Johnson has scored 10 or more paint points with his new emphasis on attacking the rim multiple times instead of shooting from outside first. 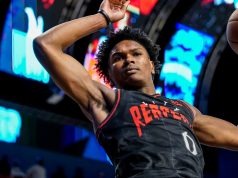 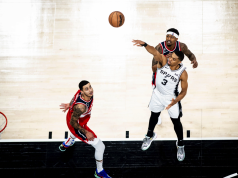