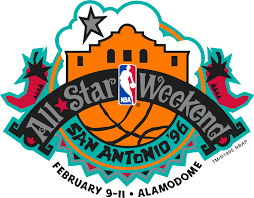 Back in 1996, San Antonio had the privilege to host the NBA All-Star weekend but since then, the NBA has not given San Antonio a chance to host another.

However, Spurs Sports & Entertainment has reached out to the NBA about their continued interest in hosting another All-Star weekend in San Antonio:

But he says the only way it makes sense for the Alamo City to host the event a second time is if the game is staged the same place it was played in 1996 — in the Alamodome.

“We do have an interest in bringing the game back to San Antonio,” Pych says. “And we have talked to the league about it. But we would want to have it at the Alamodome.”

Having it in San Antonio’s Alamodome does make sense. It has a larger seating capacity, in downtown San Antonio, close to major attractions and hotels, and will provide more opportunity for fans to attend at a lower ticket price.

If the NBA All-Star game can be held at the new Cowboys Stadium, why not the Alamodome?

Next year Orlando will be the host city. Let’s just hope after the All-Star game is over, Spurs fans will hear the news it’s returning to San Antonio.