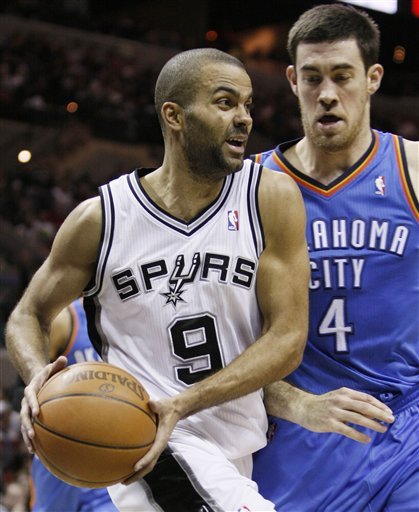 The San Antonio Spurs extended their win streak to four games on New Year’s Day and start 2011 off on the right foot with a 101-74 blowout of the Oklahoma City Thunder.

The Spurs got out to an early lead over the Thunder with a 31-point first quarter and the Thunder found themselves playing from behind for the rest of the game.

When the Thunder tried to fight back, it didn’t help that they missed countless shots at the basket and were held to to 33 percent shooting on the night.

Tim Duncan led all scorers with 21 points to go along with nine rebounds and a blocked shot. George Hill came off the bench for 16 points and Tony Parker notched a double-double with 14 points and 10 assists.

Before the game, Jeff Garcia spoke with fellow Bloguin-ite Rob Kelley from Thunder Ballers and got his prediction on last night’s game.

“The fact that the Spurs have an extra day off certainly will help them, but I feel that the Thunder are ready for their signature win of the 2010-2011 season. It comes against San Antonio tonight!” 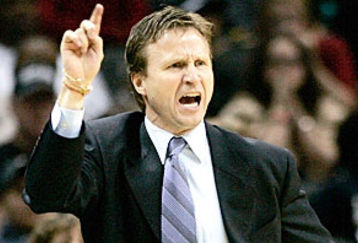 “We got beat by the best team in basketball. They handed it to us pretty fare and square. They’re as good of a defensive and offensive team that we’ll face. We turned the ball over way to many times to stay in a game, against the best team.”

In Black and White

Tony Parker is averaging a career-high 7.1 assists per game to go along with his 17.7 points per game. That combination along with his 51 percent shooting from the field are enough to keep Parker as one of your starting guards.

Thunder forward Serge Ibaka is a player you may want to add to your watch list. He finished the game last night with 14 points, 13 rebounds and four blocked shots. While he may not help in your points category every game, he’s consistently putting up good rebound and block numbers.

“the @spurs are on FIRE right now.. destroyed the thunder, beat the lakers, mavericks, nuggets, BEST RECORD IN THE NBA omg..” – @mkhan_mvp.