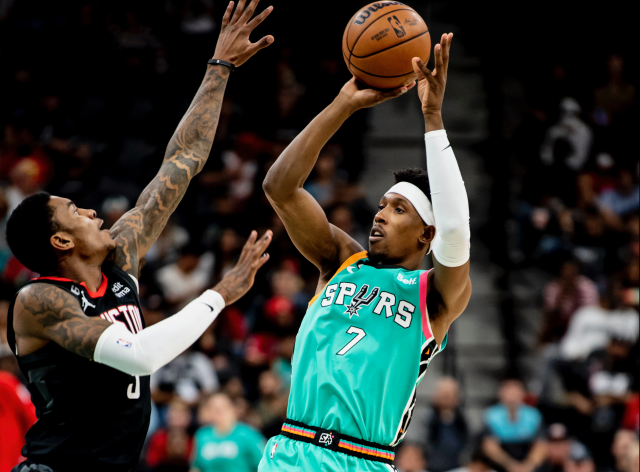 The San Antonio Spurs are back in action Saturday afternoon on the road as they play the Miami Heat in South Beach. Both teams found their way back to the win column after struggling recently. The two clubs sit below .500 on the season, though the Heat (12-14) have been much better than the Spurs (7-18) who sit at the bottom of the NBA with the Orlando Magic and Houston Rockets.

Watch the Spurs vs Heat Game

Per Paul Garcia of Project Spurs, Devin Vassell was listed as “questionable” when San Antonio submitted their injury report on Friday. Jakob Poeltl, Jeremy Sochan, Keita Bates-Diop, Dominick Barlow, and Blake Wesley were all designated as “out”.

Like the Spurs, Miami has battled injuries this season and continues to do so. Anthony Chiang of the Miami Herald reported on Friday that the team will be without Jamal Cain, Nikola Jovic, Gabe Vincent, and Omer Yurtseven on Saturday and that Dewayne Dedmon is questionable. Jimmy Butler, Tyler Herro, Victor Oladipo, and Max Strus were listed as “probable” after playing on Thursday night. Duncan Robinson is also “probable” after missing Thursday’s game. Kyle Lowry was not listed in the report after having the night off on Thursday, per Chiang.

San Antonio was nearing a franchise record for consecutive losses entering Thursday’s game against the Rockets, dropping 11 in a row. With head coach Gregg Popovich back on the bench after missing two games, the team protected their 20-point lead to win 118-109. The team also benefitted from the return of veterans Doug McDermott and Josh Richardson who bring leadership and scoring. The pair combined for 24 points as they got their feet back under them, supporting Keldon Johnson and Tre Jones who led the way.

Johnson had a great bounce-back night after struggling mightily of late. He had a game-high 32 points on an efficient 66 percent shooting performance from the floor. As Superman to Vassell’s Batman, the Spurs will need Johnson to continue to be selective in his shots against a stout Miami defense. The Heat rank eighth in the NBA in fewest points allowed at 110.2. If San Antonio can find ways to score, it could help them keep pace with the Heat who are likely licking their chops with the Spurs coming to town. San Antonio is the only team in the NBA allowing opponents to average better than 50 percent shooting against them.

For Miami, their 115-110 win on Thursday over the Los Angeles Clippers ended a three-game skid. Bam Adebayo was a force, recording game-highs with 31 points and 10 rebounds for a double-double. Butler and Herro held each had strong performances themselves, nearly recording double-doubles as well, while scoring 26 points and 19 points respectively. Matching up against the Spurs, Adebayo should be in for a great night with Poeltl still out. If San Antonio decides to focus on the big man, the Heat still have a number of other ways to burn them.