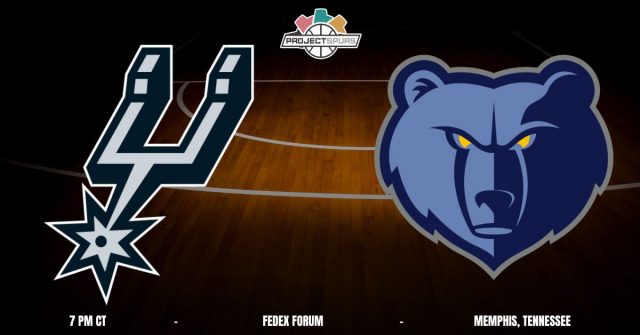 The San Antonio Spurs vs. the Memphis Grizzlies will take place tonight in the first meeting of two matchups this week. Both teams have their share of injuries, but the Grizzlies are the -600 favorites tonight against the Spurs. The two teams will play once again on January 11th in Memphis.

The Spurs are coming off of a razor-close loss at the hands of the Boston Celtics. Despite missing some valuable key players, the team was able to battle it out all the way to the end. Unfortunately, there are still question marks around Keldon Johnson returning in this game as he did not show up for the team’s shootaround this morning.

Memphis is currently sitting at the number two spot in the Western Conference with a record of 26-13. A win tonight would put the Memphis Grizzlies on a seven-game winning streak. However, it is possible Ja Morant will miss his second game in a row tonight.

Starting off the week with Spurs basketball 🙌

How to Watch Spurs vs. Grizzlies

One of the biggest factors of tonight’s matchup is the health of each team. There are going to be some key game-time decisions for both.

The Spurs will be hoping for a Jakob Poeltl return tonight to help in this divisional matchup. However, backup center Zach Collins showed up to play against the number one team in the NBA last game against the Celtics. Collins was able to post 18 points, 12 rebounds, and five assists. Despite missing Devin Vassell and likely Keldon Johnson, the team has proved they are still a force with their second unit. The Spurs will need another big game from Josh Richardson and Tre Jones in this matchup.

For the Grizzlies, they have two starters in Ja Morant and Steven Adams questionable for the matchup. Backup point guard Tyus Jones was able to fill Morant’s role against the Utah Jazz. Jones posted 21 points, six assists, and four steals. This team not only has weapons but is also riding the confidence of a six-game winning streak.