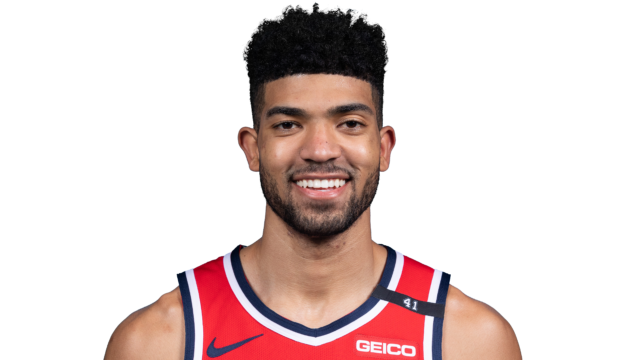 The San Antonio Spurs were wheeling and dealing a bit this offseason and in the process, acquired former No. 22 pick Chandler Hutchison. He was a prospect we took a look at initially before the 2018 draft and now has ended up in San Antonio after all. He could end up being trade bait or a trade add-in down the road as the Spurs likely need to move some pieces to get to the 15-person season start roster limit. However, if Hutchison finds himself on the final roster, here’s a little bit of what you can expect.

While the former Boise State forward did improve his stock while in college, he hasn’t quite done the same at the NBA level because of his limitations and injuries he’s dealt with in every season he’s been a pro. He had his best three-point shooting season last year despite getting traded mid-season, hitting 36.4% of his deep shots. However, that came on less than one attempt per game, so don’t expect to see him shoot it all that often. Here were his numbers for the 2020-21 season.

He could be a bit of a floor spacer for the Spurs, but there shouldn’t be any expectations for him to create for others or really even himself. Of course, if he can stay healthy all season and be consistent in his role, some of his issues may end up working themselves out.

With the additions of Doug McDermott, Thad Young (for now), Zach Collins, Al Farouq-Aminu, and Jock Landale along with the apparent youth movement, Hutchison may not have a consistent role. He’s started 25 of a possible 97 games he’s played in throughout his career and many of those starts came for the Bulls. That’s not exactly the beacon of hope you might be looking for as a team that just traded for him.

With a lot of other young guys on this team having been in the system for so long now, Hutchison’s prospects for getting meaningful minutes are not great. He’s likely behind Devin Vassell, Keldon Johnson, (potentially) Al Farouq-Aminu, McDermott, and Luka Samanic in getting minutes at either forward position.

I would fully expect Hutchison to get moved at some point and if he doesn’t, then he very much becomes depth protection at both forward positions. He has experience playing two through four so that could help him earn time. But he has to also stay healthy if he wants a chance to get on the floor as well.