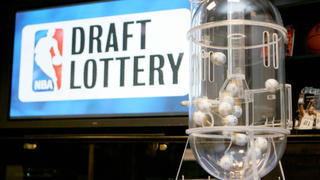 The San Antonio Spurs participated in the NBA lottery for the first time since 1997 Thursday, where they landed the 11th pick.

The draft is tentatively scheduled for October 16, but there was an early report from ESPN Thursday the draft date might be pushed back if the free agency date gets moved back.

Along with the 11th pick, the Spurs will also be drafting in the second round with the 41st pick.

The Spurs will have nine players on guaranteed contracts when you add in the lottery pick as they enter the offseason in October, where DeMar DeRozan has a player option to decide on, multiple players will be free agents, and a few players are on non-guaranteed contracts.

Make sure to read the Prospect Watch pieces by Benjamin Bornstein to get prepped for the 2020 NBA Draft.