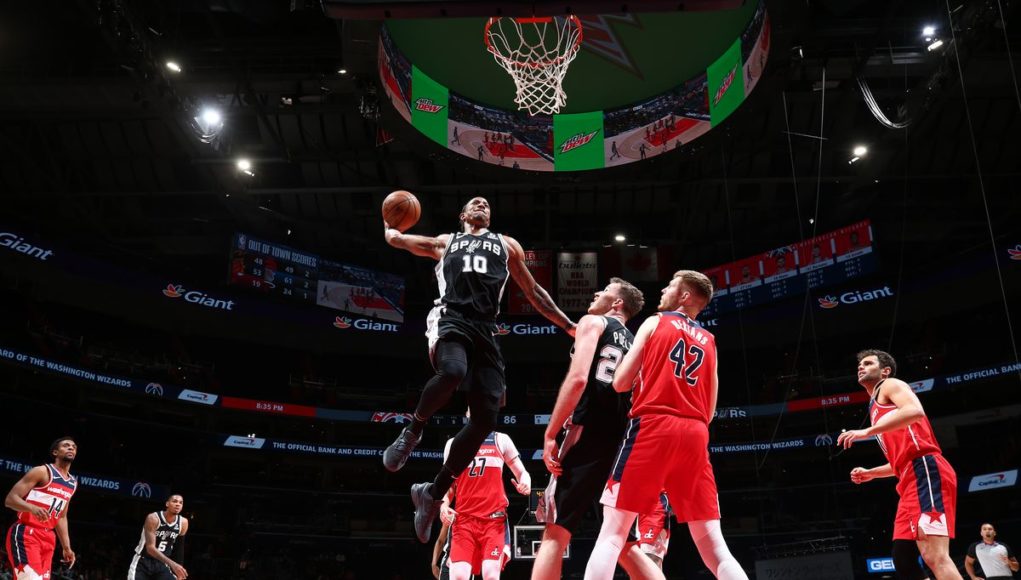 San Antonio’s win is their third straight and seventh in their last 10 games.

“We were not being very physical, not being very aggressive,” Spurs coach Gregg Popovich said. “It took a long time to get there, but they did. It’s been a real good trait of this group. They have gone on to the next play whether we are playing well or poorly. They just keep going.”

The Spurs were led by DeMar DeRozan’s 37 points and 10 assists. Dejounte Murray had 25 points and a career-high 17 rebounds and Keldon Johnson chipped in 21 points for San Antonio, who five of the last six games.

Derrick White landed on teammate Jakob Poeltl’s foot in the third quarter and rolled his ankle, hobbling off the court. He did not return and finished with nine points in 19 minutes.

White had foot surgery in offseason, re-injured his toe, had COVID, and now a second ankle injury. To say it’s been rough for the former Colorado Buffalo is an understatement.

“That’s a hell of a basketball player and an even better teammate,” Murray said. “I hope it’s nothing serious so we can get him back as soon as possible, because we need him to go deep. Without Derrick it’s going to be tough.”

Russell Westbrook, who has been playing at MVP levels as of late, posted 22 points, 13 rebounds and 14 assists for Washington. Bradley Beal had 45 points for the Wizards to lead them in scoring.

San Antonio led the Wizards in bench points 44-40 as both teams shot 53 percent from the floor.

“You wouldn’t exactly say it was a defensive clinic by either team,” Popovich said. “We couldn’t stop them and they couldn’t stop us.”

The Spurs are now 31-29 on the season and will return to the court on Wednesday to face the Miami Heat at 6 p.m.