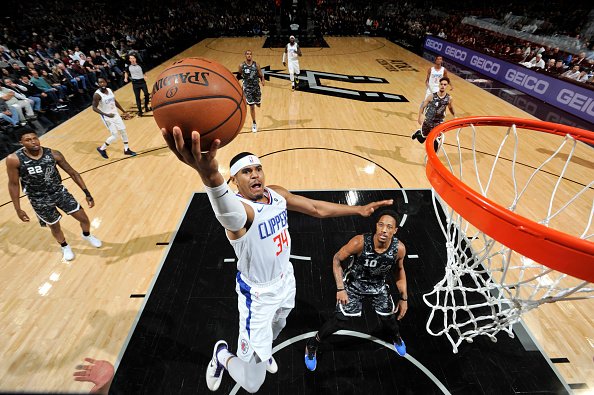 SAN ANTONIO – The San Antonio Spurs could not shake off a slow start as they suffered a 105-93 loss to the LA Clippers (25-21) at the AT&T Center on Sunday night.

The loss saw the Spurs start off slow for the third consecutive game but this time they would not be able to recover from a 19-point deficit.

San Antonio got off to a slow start as they 38-26 after the first quarter and the Clippers went on a massive 22-2 run to take full control of the game and never trail again.

”I think they out-executed us and out-competed us tonight every way, shape, and form,” Spurs head coach Gregg Popovich said. ”And, we were sloppy with the ball on top of it, so that’s a bad combination.”

The Spurs powered back in the third quarter and got the game close within three a few different times but just could not find the power to take command. The offense just was not there when it needed to be.

Rudy Gay was the only other starter in double figures with 19 points.

“Physically I’m okay,” DeRozan said of his struggles. “I’ve just been playing like crap. It happens but I’ll turn it around.”

The Clippers snapped a five-game losing streak with the win and won for the first time since January 8. Los Angeles won without Lou Williams and Danilo Gallinari, who missed the game with injuries.

But for the Spurs, they will have to try and figure out how to stop starting the game off slow.

“We didn’t come to play and we gave it away,” DeRozan said. “We’re supposed to use the home as our superpower and we didn’t compete. We need to step up every single night, especially on our floor.”

The Spurs are now 27-21 on the season and will return to the court on Wednesday night when they travel to face the Philadelphia 76ers at 7 pm Central Time from the Wells Fargo Center.