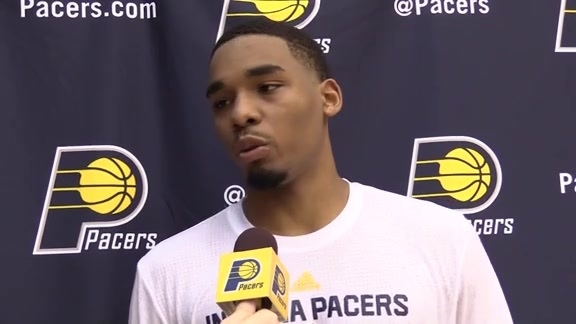 With Moore on a two-way contract, he’ll primarily be playing in the G-League in Austin with the Spurs, but, he can spend up to 45 days with the San Antonio Spurs at the NBA level.

With Moore signed, the Spurs now have 15 players on NBA contracts and two players (Moore and Drew Eubanks) on the league allowed two two-way contracts.

Moore spent the early part of the season with the Indiana Pacers where he was recently waived November 3, according to the team press release. Moore didn’t log any minutes in the NBA with the Pacers this season but he has played in four games with the Fort Wayne Mad Ants. In four G-League games, Moore averaged 20 points and 6.8 rebounds.

Moore was undrafted out of Southern Methodist University in 2017 and he also played with the Team USA World Cup Qualifying team in September with current Spur Derrick White.