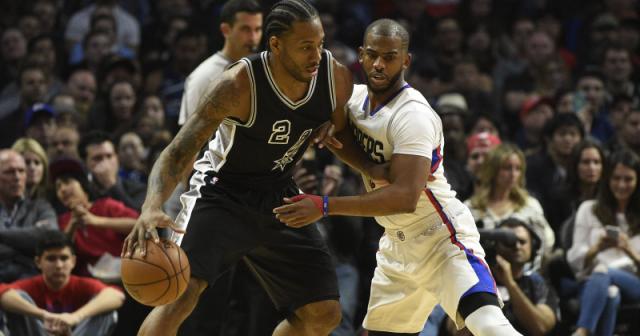 The rust was obvious for the San Antonio Spurs in the first half. Once halftime hit and the team re-charged, it would result in their first win of the season over the Los Angeles Clippers.

Kawhi Leonard scored 21 points as he led the Spurs past the Clippers 105-97 inside the Staples Center on Friday night as the unofficial second half of the season resumed.

Despite Aldridge and Leonard each having five fouls, San Antonio found a way to win. Stepping up their play on both the offensive and defensive ends of the floor.

The Clippers were led by Blake Griffin’s 29 points and Chris Paul chipped in 17 in his return to the court after missing a month with a torn ligament in his thumb. Los Angeles (35-23) has lost two straight since returning from the All-Star break.

Up next: The Spurs are now 44-13 on the season and will return to the court on Sunday afternoon to finish their Rodeo Road Trip against the Los Angeles Lakers inside the Staples Center.