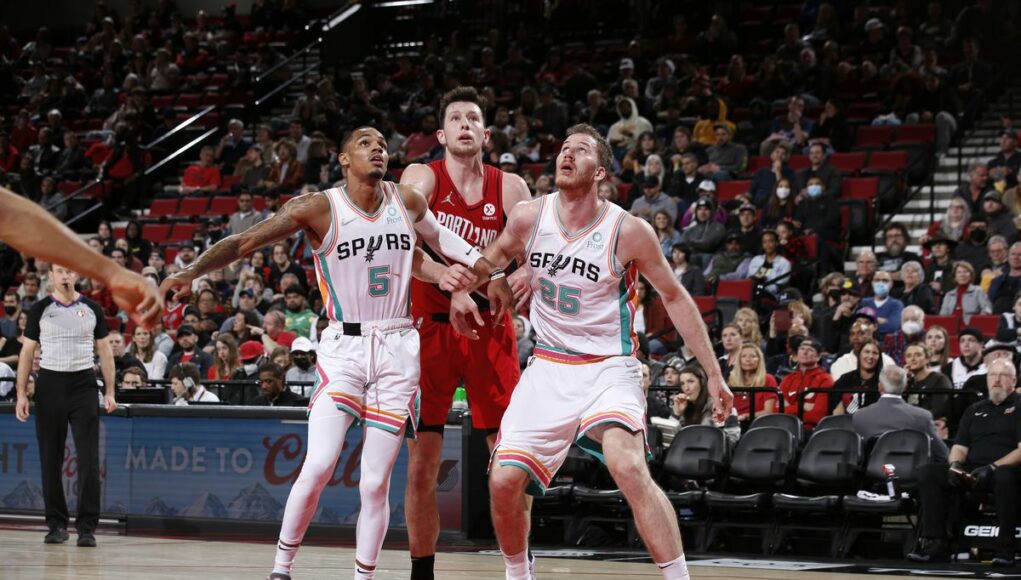 The San Antonio Spurs used a high-scoring first quarter to set the tone in a 133-96 rout of the Portland Trail Blazers at the Moda Center on Wednesday night.

The victory puts San Antonio 1 1/2 games behind New Orleans for the final play-in position in the Western Conference.

Dejounte Murray had 28 points and sat out the fourth quarter. Keldon Johnson added 26 points while Devin Vassell chipped in 16 for San Antonio, who won their second consecutive game following a win over Golden State.

”We didn’t want to let them linger around so we took that and ran with it,” said Vassell. ”If you let a team like that start coming back and feeling good, it’s a dogfight.”

Ben McLemore had 23 points off the bench for the Trail Blazers and Drew Eubanks added 20 against his former team.

”He’s done a lot of work the past few years and to see him get the opportunity is fantastic. He’s a great teammate. Nobody works harder,” Spurs Head Coach Gregg Popovich said of Eubanks.

Portland played without Damian Lillard and Jusuf Nurkic, who have missed several games with injuries.

”Wins are tough in the NBA. You take them any way you can get them but this obviously wasn’t a fair fight,” Popovich said. ”They’ve got a lot of guys out but we still played good basketball.”

The San Antonio Spurs are now 29-44 on the season and will return to the court on Saturday when they face the New Orleans Pelicans at 4 pm from the Smoothie King Center.