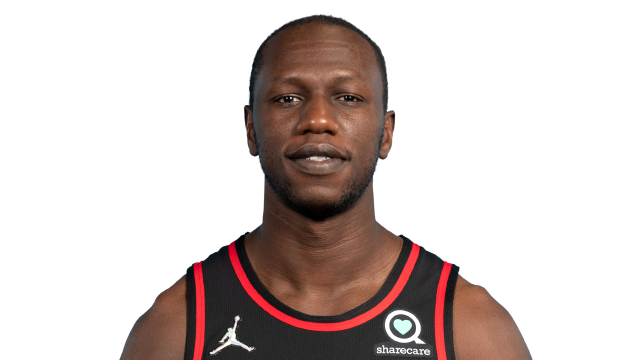 After a quiet first few days of free agency for the San Antonio Spurs, the Spurs have finally agreed to a deal with a free agent.

According to Shams Charania of the Athletic, the Spurs are bringing back 6’10” big man Gorgui Dieng on a one year deal.

If you recall, Dieng spent 16 games in the 2020-2021 season with the Spurs to end the year. Last offseason, he signed with Atlanta and played in 44 games with averages of 3.5 points and 2.8 rebounds. Dieng showed his ability to space the floor, with 61% of his shot attempts coming from three and on those attempts, he made 42.6% of his threes.

With the Spurs trading big man Jock Landale to Atlanta as part of the Dejounte Murray trade, Dieng will be a third backup big behind Jakob Poeltl and Zach Collins.

How much cap space do the Spurs have now?

While it’s unknown at the moment how much Dieng will earn next season, it’s likely for the minimum of $2.1 million for a 9-year pro. If the deal is at the minimum, Dieng will have a cap hit of $1.8 million, meaning the Spurs still have potentially $38.8 million in cap space if Danilo Gallinari’s partial guarantee is for $12 million whenever he gets waived.

While the Spurs have the ability to offer the most money to any free agent still available like Deandre Ayton or Collin Sexton, they may be reserving their cap space to take on contracts for picks from teams who are trying to add Kevin Durant and Kyrie Irving via trade.

How many open roster spots are left?

With Dieng, the Spurs now have 12 players under guaranteed contracts (assuming Dieng’s deal is guaranteed) and three players with non-guaranteed deals in Gallinari, Tre Jones, and Keita Bates-Diop. Once Gallinari is waived, the Spurs will have 14 NBA roster spots filled with one open roster spot.

Here’s what their projected depth chart looks like with Dieng on the roster and Gallinari waived.