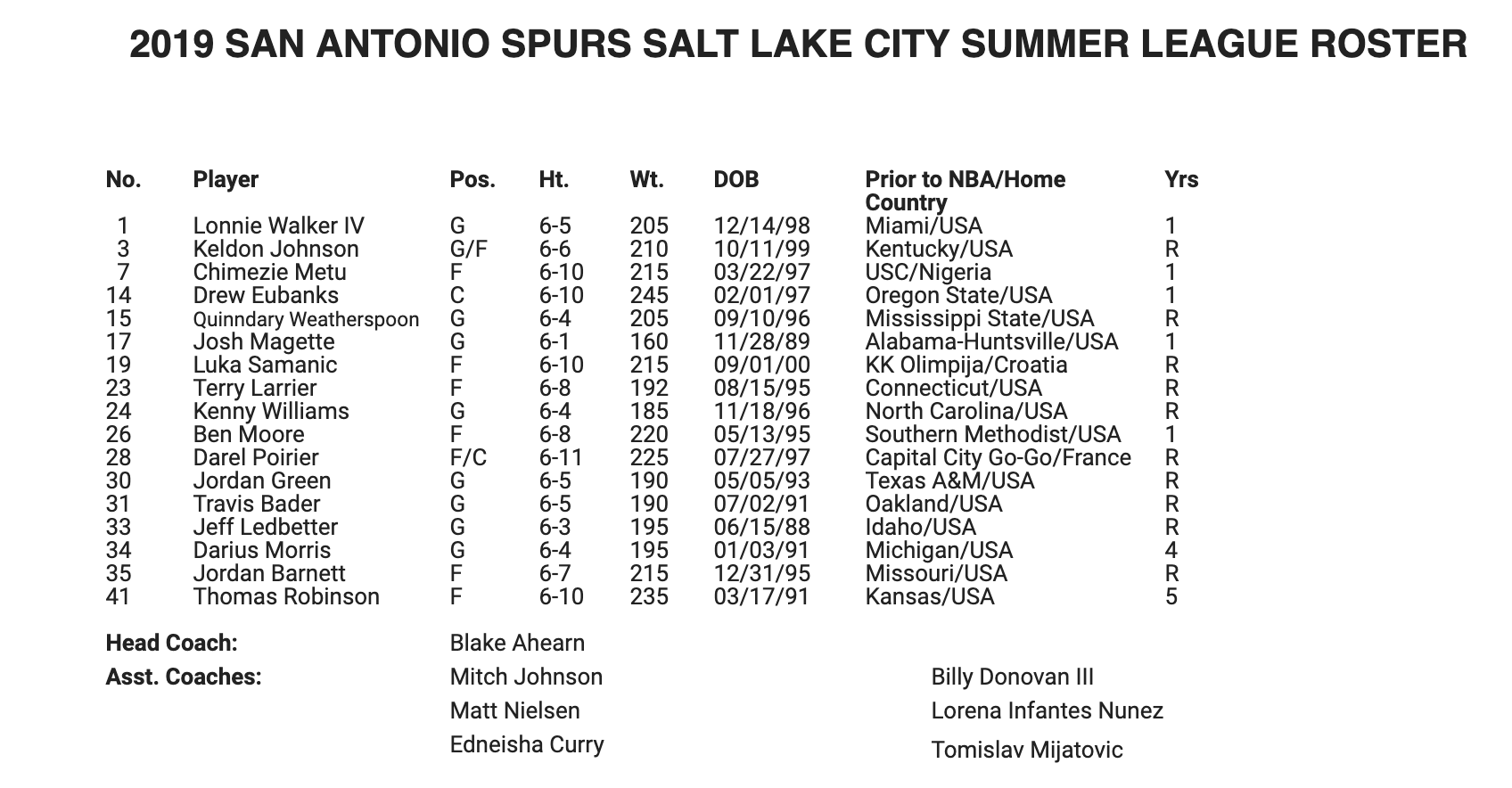 As expected, all three 2019 draftees in Luka Samanic, Keldon Johnson, and Quinndary Weatherspoon are on the team. Second year players Lonnie Walker IV, Chimezie Metu, and Drew Eubanks are also on the team. Ben Moore, who played on a two-way contract last season, is also on the roster.

Here is the schedule for the three games the team will play while in Utah.