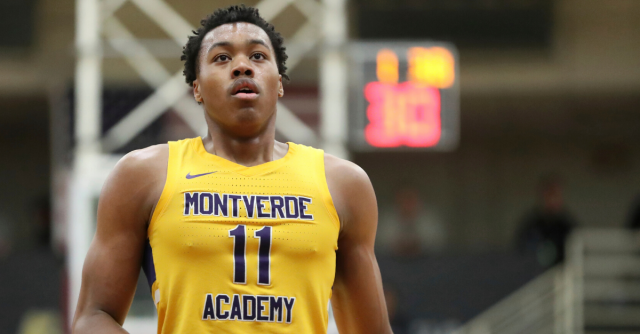 The San Antonio Spurs have just started their season and there are plenty of prospects they can get excited about in 2021. One of them is Florida State freshman Scottie Barnes. The 6-foot-9, 227-pound guard and wing is the most defensive-ready prospect in this upcoming draft.

While the Spurs may not need another defensive-minded player, Barnes would absolutely be worth a top-10 pick. He can legitimately four, if not five, positions on the floor. He struggles shooting a little bit, but what he does for the Seminoles on both ends of the floor is just too great to overlook. Here’s what he’s done so far in this young season (six games at the time of this writing).

Barnes clearly has room to make some improvements, but he’s already such an excellent defender and offense starter for FSU. It would be worth the patience to develop his shot since he could come in immediately and be a factor for this team. His positional versatility can’t be ignored, especially since he has the strength and length to play in the post when needed.

You can see from the shooting percentages that his shot is rough. It is going to take some fixing, but he still gets the job done on offense and isn’t afraid of the big shot. He made one against Indiana early in the season and he will surely have the opportunity to do it again.

Barnes moves his feet incredibly well for a long and lanky defender. He can stick with and bother anyone on the court. What Spurs fans will like the most is that he is high intensity all the time. He’s very much like Kevin Garnett in that respect and he’s going to compete every second he’s on the floor.

We will get to see just how good of a point forward Barnes can be as coach Leonard Hamilton has him playing mostly as his offense initiator. The biggest question mark for Barnes will be his shooting, but showing even some minor progress on that end will shoot him up draft boards.