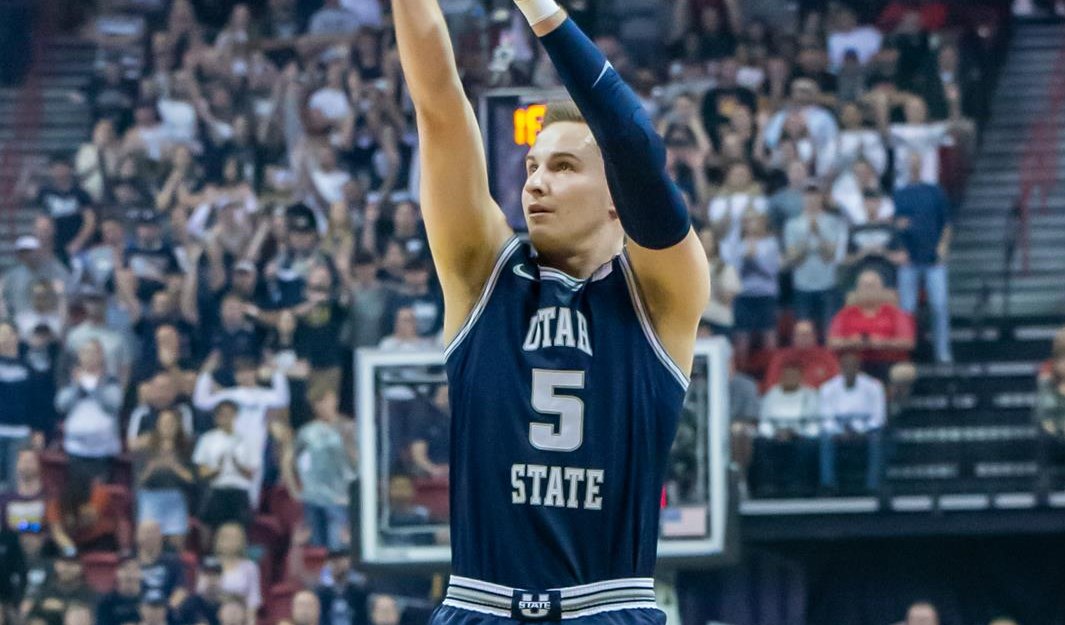 The NBA Draft is less than a week away and the rumors are swirling as we get closer. Barring any major trades and the Spurs holding onto a second round pick this season, a prospect to consider is Utah State’s Sam Merrill.The 6-foot-5, 205-pound guard is older than most draft prospects — he’s 24 — but has an ability most teams covet in his shooting.

Merrill served on a two-year mission trip, which is why he is older than most prospects. However, he’s made great use of his time at Utah State becoming an incredible shooter who can hit it from anywhere on the floor. Here are some of his stats from this past season to prove it.

The former Aggie might be second only to Aaron Nesmith in this draft when it comes to pure shooting. But Merrill might be much better at creating his own shot than Nesmith. He doesn’t need much space and he has great range on his shot to boot. He can not only create his own shot, but gets his shots off dribble handoffs and by running off screens.

He’s an underrated passer who committed less turnovers each year at school until he got down to a nine percent turnover rate his senior year. He also has better than a 2-to-1 assist-to-turnover ratio his last two years. He could be lethal in a pick-and-roll as the handler since his shot needs to be respected and he is capable of making a good pass off the screen.

Much like J.J. Redick, Merrill will have to improve defensively as he is just not quick enough to guard a lot of guys at his position. However, Redick ended up becoming a competent defender sooner rather than later so it’s not too big a step in logic to think Merrill could get there.

He could be an excellent spark off the bench and could be a microwave type of guy. He might be a decent Bryn Forbes replacement, albeit a not much younger one.