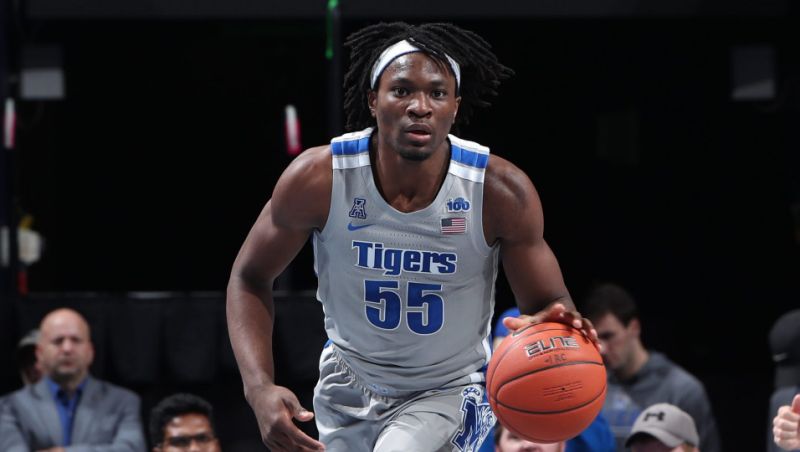 The San Antonio Spurs might be turning their season around after wins against the Clippers and the Rockets in the same week. However, they still look to be picking in the lottery as of now and they will have plenty of options available to them at that point in the NBA Draft.

This week’s draft prospect to watch is Memphis forward Precious Achiuwa. The 6-foot-9, 225-pound freshman has gotten the chance to show off a little more than people anticipated as he has had the opportunity to be the star without center James Wiseman playing for a stretch of 12 games. Here are his stats so far this season:

Achiuwa gets most, if not all, of his buckets inside the paint right now. He has a great motor and finds himself in good rebounding and putback positions. He’s a good straight-line driver and has a decent handle at his size. He shouldn’t be asked to be the ball handler in a screening situation, but he is a good diver.

His shooting form has some concerns as his release point is low and it is not yet consistent. That’s resulted in his poor shooting at the free-throw line and why he does not take or make very many shots from beyond the arc.

He tends to miss short on his shots and not because of a lack of strength, but rather because of bad form.

The freshman Tiger might be a reach for where the Spurs are projected to pick right now. He has some improvements to make for sure, but should still be on the radar in case this team does turn the season around and becomes a playoff contender.